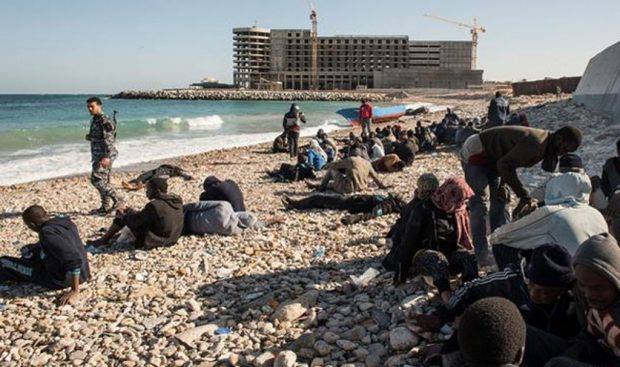 22 migrants have been killed and some 100 injured in fighting between rival smuggler gangs in Libya so far this year. This comes at a time when seaborne migration from Africa to Italy has risen by 50 percent so far in 2017.

“This is creating all kinds of activity in the smuggling industry, and apparently that activity has reached the level of violent shootouts that left 22 killed in the last couple of days,” Joel Millman, a spokesman for the International Organization for Migration (IOM), the UN migration agency, said in a news briefing on Tuesday as reported by Reuters.

“The dead were thought to be migrants rather than smugglers because they were sub-Saharan Africans,” he added. These deaths are in addition to the 140 dead bodies already found on Libyan beaches to date this year.

Libya has become the focal point for migrant crossing from Africa to Europe via Italy. In 2016, there were over 181,000 illegal border crossings on the Central Mediterranean route, Libya to Italy, according to Frontex, the EU’s border control agency.

Italian Interior Minister Marco Minniti recently met with city mayors from 10 towns in Libya’s southern desert to try and persuade them to join together to prevent human trafficking through Libyan territory into Europe.