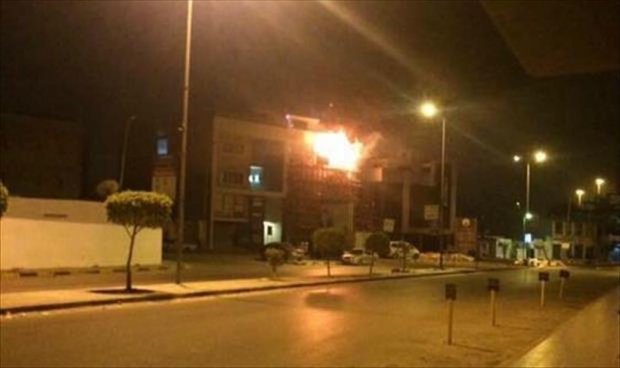 Al-Nabaa TV was targeted by an RPG Tuesday night in Zanata, Tripoli.

The explosion of the rocket at the TV’s headquarters led to a great panic among staffers and set part of the building on fire, not to mention that the TV went off air.

No official claim for the attack has been issued yet, however; on Tuesday, Tripoli was the playground of armed groups’ clashes for power and position.

The neighbourhoods of Gurji, Gergarish, Hay Al-Andalus and Ghout Al-Shaal, saw violent clashes between armed groups from Misrata and other central region areas and security forces of the Government of National Accord since Monday night.

This is the second time Al-Nabaa TV channel is targeted. It was targeted by explosives and gunfire in late March 2016.