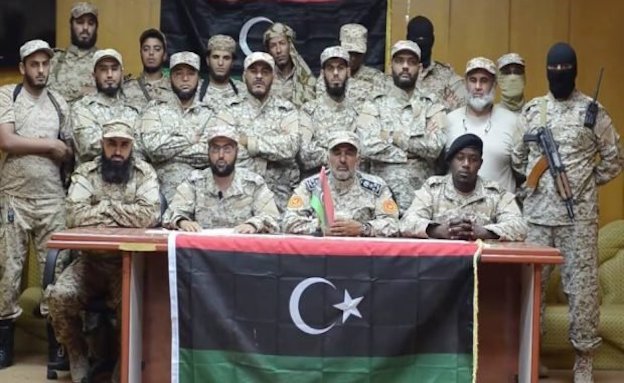 Benghazi Defense Brigades (BDB) has issued a statement reassuring that it is still holding firm onto the positions it has seized in the vicinity of the area it has located itself at after handing over the oil terminals to the Petroleum Facilities Guard of the UN-proposed government and after it had withdrawn to save the lives of its fighters as well as the oil depots at the terminals.

“We are now positioned at an area away from the ports, which were bombed by Egyptian aircraft that were sent to bomb Libyan resources in support of Haftar.” The statement adds.

The BDB also indicated that its forces will go on in their operation to return to Benghazi and break the siege on the trapped families in Ganfouda, adding that the current course of events can only make them stronger to fight wrongdoing and persecution.

“This statement comes after our forces have made great victories on the military levels by freeing the oil terminals from the forces of Khalifa Haftar and the mercenaries of the Sudanese rebel movement, Justice and Equality.” The BDB remarked.

It also added that on the political level, the BDB made a great victory by handing over the oil terminals to the PFG, while on the social level, the BDB managed to strip off the truth about Haftar, “the war criminal” for the locals of the eastern region as they backed the right of Benghazi IDPs to return to their houses against the will of Haftar.

Haftar’s forces recaptured Ras Lanuf and Essidra oil terminals after an offensive they launched on BDB and PFG with the assistance of heavy airstrikes.