Home / Featured Articles / Can Russia resolve the conflict in Libya? 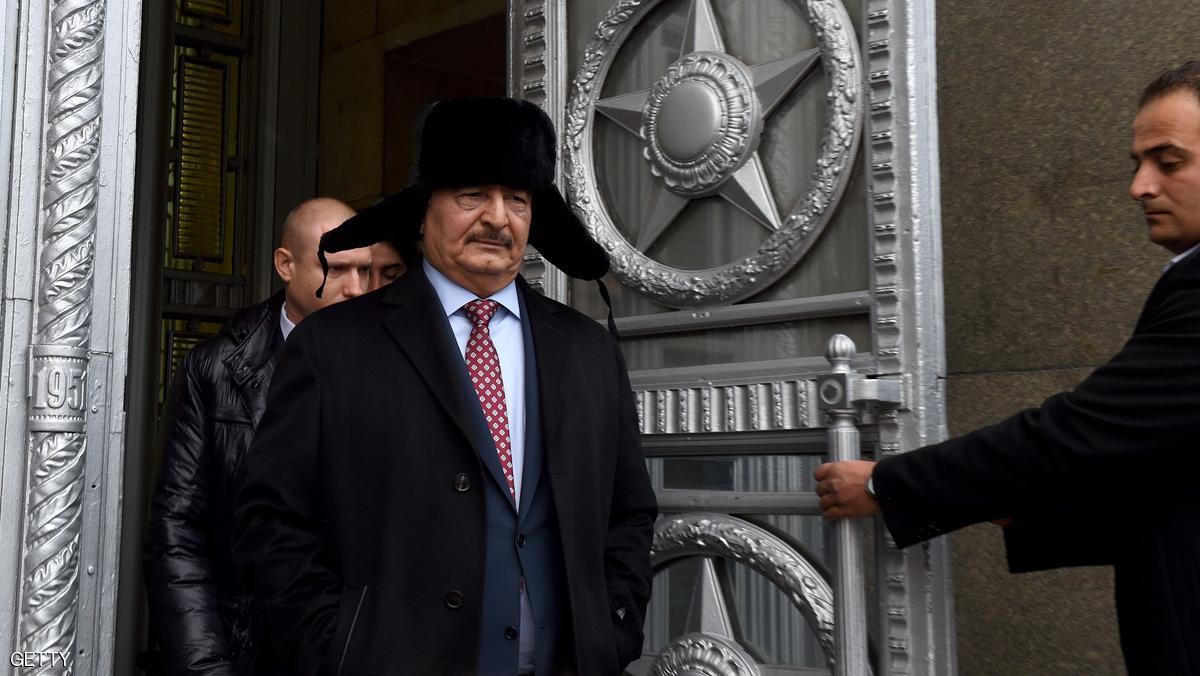 Can Russia resolve the conflict in Libya?

Russia is ready to step up its support of rebel factions in Libya’s eastern region and get a foothold in North Africa, but it will not deploy its military there, Russian analysts say.

The Kremlin is adamant about establishing itself as a mediator in the Libyan conflict and regain its former influence on the Arab country, in a bid to contain both the Western ambitions and the Islamic State of Iraq and the Levant (ISIL) group’s threat in the North African region, Kremlin insiders told Al Jazeera.

However, they said that at this stage Moscow may not have the financial or military capabilities to play anything more than an indirect role in support of its Libyan ally, renegade General Khalifa Haftar.

As the Libyan National Army loyal to General Haftar regained control of the two oil ports of Ras Lanuf and Es Sider early this week, news reports suggesting Russia has deployed private military contractors in security operations near Benghazi, an area under Haftar’s control, have been denied by Russian official sources.

Russia’s support for Haftar, who has refused to acknowledge the UN-backed Tripoli Government led by Prime Minister Fayez Sarraj, has frustrated Western attempts to implement a political solution that would include all Libyan factions, including Islamists, in a power-sharing deal.

Relying on sponsors such as Russia, Egypt, the UAE and France, Haftar has succeeded in creating a stalemate that has gradually eroded Sarraj’s chances of governing the country under the label of the Libyan Political Agreement (LPA) signed in 2015.

“Russia’s relationship with Haftar is the result of a very simple equation. Russia backs Egypt, Haftar’s main supporter,” said Pavel Felgenhauer, a Moscow-based military analyst. “General Haftar has declared war on terrorism and this coincides with Russia’s main objective in the region: wiping out the terrorist threat posed by the Islamic State,” Felgenhauer told Al Jazeera.

Felgenhauer confirmed reports that Russia is using military contractors in Libya, saying that it is part of a consolidated trend in recent conflicts. He added that outsourcing the military fight helps avoid a political backlash at home.

“Russia is not sending its troops to help Haftar and is unlikely to do so in the near future. We are rather relying on private military contractors and mercenaries. We are already using contractors in Syria, where they are suffering serious losses, because they are doing the real fighting instead of Russian servicemen. Private contractors are very convenient because they have no political strings attached.”

Felgenhauer said the employment of private contractors has been facilitated by a new legal framework aimed at regulating Russian private military companies. In addition to limited financial resources, Russia cannot afford outstretching its military or financial capabilities at a moment when Moscow is involved in other strategic conflicts on its doorstep.

“Contractors are cheaper [than servicemen] and we need to use our financial resources as best as we can. With the conflict in Donbass simmering, Crimea, the war in Syria still under way, Russia doesn’t have the appetite or the resources to go into Libya,” Felgenhauer said. “Russia is keen on establishing a foothold in Libya and have some influence there, but committing resources is a different matter.”

Asked whether Russia was already supporting Haftar financially and militarily, Felgenhauer said Russia was ready to trade with Haftar but would not offer its help for free.

“Russia may provide weaponry, military training, logistical support, but we would seek some sort of compensation. Haftar has an oil income and Russia may be ready to trade.”

The same discourse applies to Egypt, the Kremlin’s main ally in the region. Asked to comment on Russian media reports that the Kremlin was negotiating the opening of a military base on the border with Libya, Felgenhauer didn’t deny the reports. He said Egypt asked for enormous economic aid in exchange for allowing a Russian military base on its soil.

“We are ready to sell […] to Egypt, as much as they are ready to buy. But not for a military base. We have other strategic interests in the Arctic, the Caucasus, Central Asia. President [Fattah el-] Sisi will have to compete with other priorities in Russia’s defence spending,” Felgenhauer said.

Russian analysts agree that Russia’s support for General Haftar has been dictated by its concerns about the spread of ISIL on Europe’s doorstep and its intent to set up a broad anti-terrorism coalition. In addition, Moscow is seeking to play a mediating role in Libya that would allow it to establish a privileged relationship with the country’s leadership in its future dealings.

On March 3, Moscow invited Fayez Sarraj to a two-day visit to Moscow, where he met Russian Foreign Minister Sergey Lavrov and a representative of Haftar’s camp. According to Sergey Strokan, a political commentator at Kommersant, the meeting was a turning point in Russia’s strategy in Libya.

“Moscow is now able to communicate with both sides directly and play a pivotal role in the future of the conflict. An outcome that Western leaders may not have welcomed but they formally acknowledged Russia’s role as potentially useful to solving the stalemate in Libya,” Strokan told Al Jazeera.

“Moscow has been successful in imposing strongman Haftar as an indispensable player. And Russia is officially sitting at the negotiating table, after Syria, now also in Libya.”

President Vladimir Putin’s veiled ambition is to re-establish a Soviet-style presence in the Middle East and North Africa, while taking advantage of the void left by the United States in the region, where Arab leaders have consolidated the perception of a political disengagement by the White House in the region.

Moscow is trying to become an arbiter between General Haftar and Sarraj and position itself as an indispensable negotiator, an investment on its future role in the region that comes with limited investment, the Russian analysts agreed.

“We are doing the same in the case of Egypt and Turkey, Israel and Iran. We talk to those who do not talk to each other. Is it a strategy that will pay off? I don’t know, but that’s the blueprint,” said Felgenhauer.

Sergey Markov, director of Russian Institute of Political Studies and a pro-Kremlin voice, provided a very different perspective of Russia’s intentions towards Libya.

“Libya is a camp for Russia’s confrontation against NATO. Toppling the former regime has been a foolish move that has sent into motion the collapse of all the states in the North African continent. Russia has considered this an act of aggression,” Markov said. “Russia has felt obliged to intervene into the conflict and will try to do so to its advantage, although I don’t think there is a defined strategy towards Libya right now.

Speaking to Al Jazeera, Markov said Russia’s main concern is the possible spread of ISIL on large sections of Libyan territory, with its potential devastating consequences for Europe. “Haftar is the most secular figure in Libya right now and it was obvious for Russia to bet on him, given also Egypt’s support.”

But Libyan analysts say Russia has a simplistic vision of the reality on the ground in Libya and by endorsing Haftar or imposing a negotiating model, they won’t go too far.

Six years after the ousting of former leader Muammar Gaddafi, the country is a failed state in which anarchy reigns. Divisions are not just between the east and the west of the country, there are many more players and centres of power within the country’s tribal tissue.

Nezar Krikshi, a Libyan analyst based in Turkey, said foreign powers on both sides of the conflict should stop fuelling sectarian tensions and work around the UN-backed LPA, the only legitimate legal framework now available.

“If Russia and Egypt and others continue to support Haftar there is no way out of the crisis … It’s tragic how we are just seeing foreign players repeating the model of many other civil wars, whereby they formally endorse a peace agreement but work under the table to undo it,” said Krikshi. “The LPA is not perfect, but it is the only thing we have right now.”

Krikshi said Libyan public opinion is deeply divided over who to support, as distrust towards all the players involved, foreign and domestic, has sunk in, making a political solution more and more unlikely. However addressing the people’s basic needs is essential to reignite some of the people’s hope into the capability of the UN-backed government of Sarraj to overcome the political and economic crisis, he said.