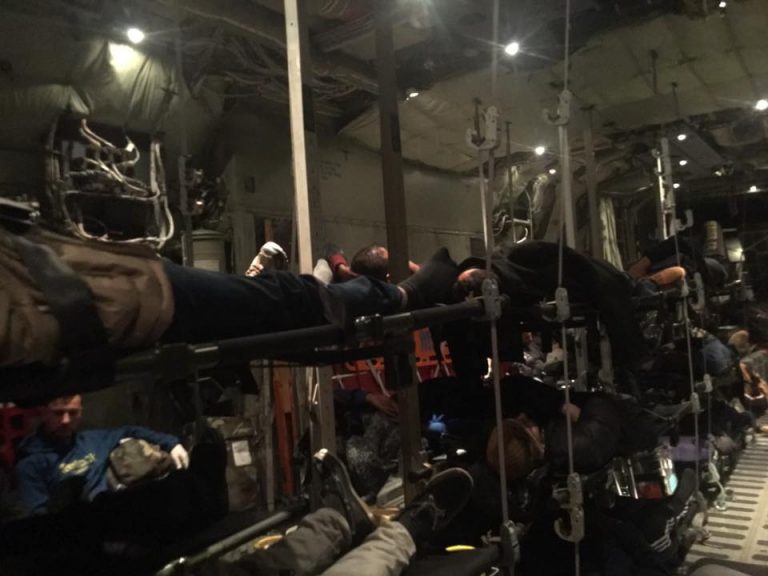 The Italian government has today flown out out of Benghazi an aircraft carrying Libyan National Army casualties for treatment in Italy.

This appeared to be a surprise move by the Italians who have been seen as focusing their support on the Presidency Council and forces in the west. The Italians set up and still maintain and guard with 200 military personnel their “Operation Ippocrate”  field hospital at Misrata airport which treated wounded Bunyan Marsous wounded from the assault on in terrorists.

However, diplomatic sources pointed out, that Italy had always offered help to the east. When last April the-then foreign minister, now prime minister Paolo Gentiloni, became the first foreign statesman to visit PC head Faiez Serraj in Tripoli,  he arrived at Tripoli’s Mitiga airport with a planeload of medical supplies for hospitals in Tripoli and Benghazi. The consignment marked for Benghazi was not delivered for reasons that were never clear.

This newspaper has been told that late last year the Italian government approached the PC with a plan to distribute humanitarian aid to the east. The disbursement was to be made in December but was postponed until January at the request of unnamed authorities in the east. Later that month, the Italian offer was rejected outright.

It is not known when arrangements were concluded between Rome and the LNA for today’s flight from Benina. Italian foreign minister Angelino Alfano said that the Benghazi operation was part of a larger effort by Italy to provide humanitarian assistance for Libyan forces fighting against terrorism.

“Our action does not stop here” he said, “We will continue to provide assistance with the provision of emergency medical kits to hospitals across the country.”

Today’s medical evacuation from Benina was also notable for being the first time since 2014 that the airport’s civil terminal was used to handle a flight. Local comments on social media were dominated by the hope that it would not now be long before scheduled flights return to Benina.