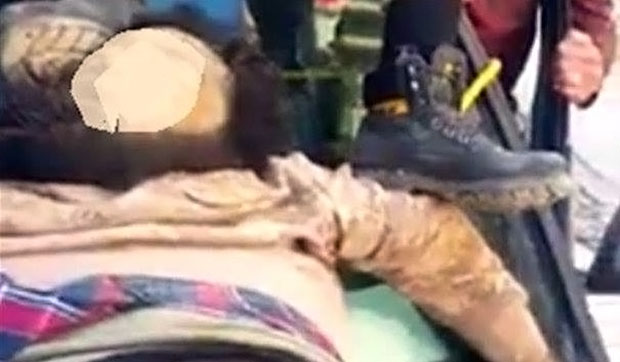 The Benghazi IDPs Association has stressed that Ganfouda case will bring down all of the Dignity Operation leaders and make them stand trial before national and international courts.

The association added that it would never rest until all of the Dignity Operation leaders have been summoned at the International Criminal Court.

In a statement on Sunday, the Benghazi IDPs Association denounced the silence and “collaboration” of the UN envoy as well as the Presidential Council, which it said had stood idly by and watched Ganfouda be destroyed, besides playing a dubious role in favor of the coup plotters.

“So-called fake Dignity Operation has continued to do its routinic crimes by killing a father and then detaining his family after several families managed to break out of the district in western Benghazi.” The statement adds.

It added that sources had reported the killing of four women in cold blood by Dignity Operation fighters, which it said is another roaring scandal added to Haftar-led forces after the ever-memorable incident of exhuming the graves and burning the bodies as well as killing the captives.

Benghazi Shura Council fighters managed on Saturday to break up the siege on Ganfouda families and moved them out to Al-Sabri area, however; some families were captured by Dignity Operation with some news reported later that all the captured men were killed plus four women. 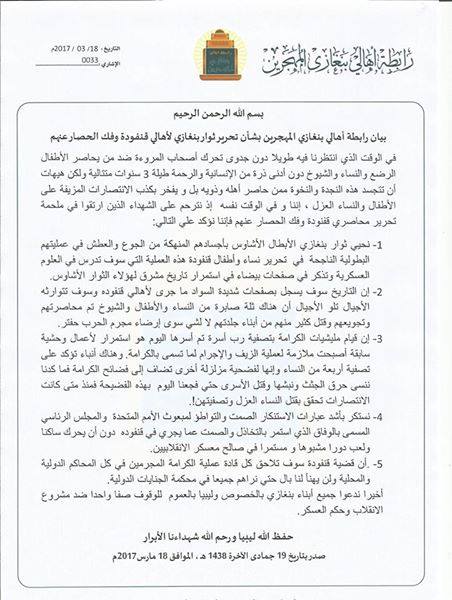