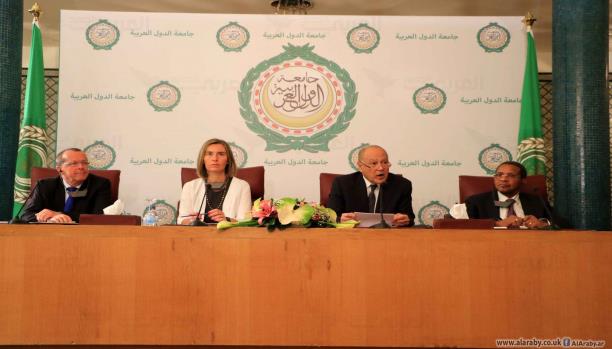 A quartet of international groups says it supports efforts by Libya’s unity government to assert control over Tripoli after days of fighting with rival militias.

The Cairo meeting by representatives of the United Nations, European Union, Arab League and African Union came a day after gunmen opened fire at demonstrators protesting against militias in Libya’s capital.

“We agreed on supporting the (UN-backed) presidential council in its efforts to exert security control in the capital, including the implementation of the truce agreement,” Abul Gheit said.

Kobler said it would not be time to lift an arms embargo on Libya until its armed forces had a clear chain of command.

“If you have an army with a clear chain of command, reporting to the supreme command of the army and the presidency council, they are entitled to exemptions from the weapons embargo,” he said.

The fighting in Tripoli lasted four days and subsided only after the GNA signed a ceasefire agreement with militias from Tripoli and third city Misrata, along with local mayors.

The truce announced on Thursday has largely held despite brief clashes the same day in the south of the city.

Militias have been key power brokers in a country plagued by violence and lawlessness since the NATO-backed ouster of longtime dictator Muammar Gaddafi in 2011.

Abul Gheit said the quartet that met in Cairo was “prepared to support and facilitate any mechanism for dialogue between the Libyan parties.”