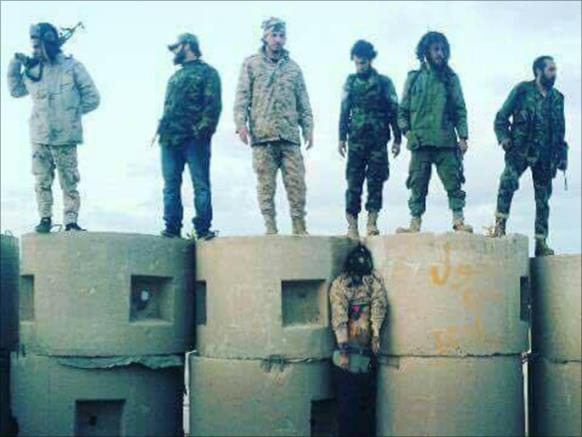 The Presidential Council (PC) of the Government National Accord (GNA) said in a statement, on Sunday, that it had followed up what the elements, who claim that they are from the Libyan Army, in Benghazi, who dug up the graves and abused the corpses in an awful way.”

The PC expressed that it extremely condemns those crimes. It also stated that it denounced the cheers and slogans of some demonstrators in the Martyrs Square in Tripoli that called for hatred and incitements to sedition. The statement condemned the threats of what so-called general leadership of the army and its commander General Khalifa Haftar to enter the capital city of Tripoli by force.

The PC stressed that the intransigence of that faction for the sake of getting personal glories and bringing back the dictatorship is not accepted by the Libyans and the International Community nowadays.

From its side, the Defense Ministry of the GNA said that it is not possible to reduce the army institution in the personality of Haftar, adding that returning to the military dictatorship would bring severe results, such as injustice and humiliation on the soldiers before the civilian citizen.

The ministry stated that what happened in Benghazi on Saturday is a humanitarian abuse. Concerning that digging up the graves and killing women and children are a result of the military ruling, stressing that there would be no any consensus in the presence of Haftar.

In the same context, the State Council condemned the “humanitarian crimes that happened in Benghazi on Saturday.” It denounced burning the human corpses and killing women and children on the hands of the forces of the Dignity Operation that led by Haftar.

It also refused to arrest and to abuse the hundreds of the inhabitants of the Oil Crescent Region.

The State Council confirmed that it supports the agreement and the procedures to secure the country and evacuating the capital city of Tripoli from the armed formations.