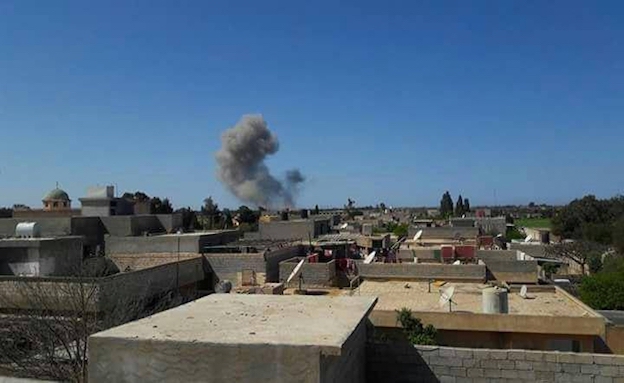 Dignity carries out airstrikes on Derna

The air forces of the Operation “Dignity” that led by General Khalifa Haftar carried out airstrikes, on Friday, in the area of Al-Fataeh in the city of Derna.

Sources said that the air raids didn’t leave any human injuries, it only targeted a flock of sheep.

In another side, sources said that forces from the operation room of the battalion “Omar Al-Mukhtar” that affiliated with the Interim Government under the leadership of Haftar closed the of Al-Saumaa and prevented the cars from passing.

It is worth mentioning that the forces of Derna Shura Council fought the elements of Daesh last year. When Daesh elements escaped from Derna, the forces of Haftar didn’t stop them in any gates and let them go openly to the city of Sirte to join Daesh and Bani-Walid city.