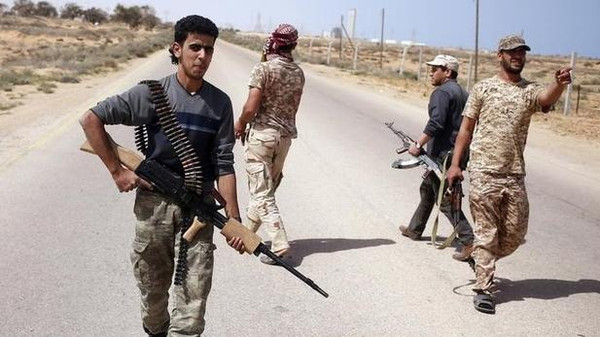 Several legal organizations have criticized the crackdown practiced by Dignity Operation militias that is manifested in abductions based on IDs for people they accuse of having sympathy for the Benghazi Defense Brigades at the oil crescent region since they have controlled the area.

“Dignity Operation militias kidnapped Saturday the head of the elders council of Essidra area, Abdelsalam Al-Maghrabi, as he was heading home to Ras Lanuf from Ajdabiya.” The organization added.

Meanwhile, the districts of Ras Lanuf, Brega, Ajdabiya and Essidra, are undergoing heavy abduction cases that reached 121 so far, most of whom are from Al-Maghireba tribe, as per the the lists published earlier.

The lists show that the 121 abducted persons include a 12 years old, Naji Ali as the youngest and Saleh Bugashta, 80 years old, as the oldest.

“The campaign of Dignity Operation at the oil crescent region is still ongoing since the beginning of March, when Benghazi Defense Brigades (BDB) controlled Essidra and Ras Lanuf oil terminals.” The Human Rights Solidarity’s statement reads, adding that the Haftar-led militias started arresting and abducting people from Ajdabiya to Besher following the BDB’s capture of oil terminals.

In the meantime, the commander of the arrest force of Haftar’s Dignity Operation, Ahmed Gharor, was killed along with two others in Ajdabiya city when they were trying to kidnap one of the residents in there.

On March 09, a number of the members of Tobruk-based House of Representatives, who are pro-political-dialogue, urged local and international organizations to take the necessary measures to end the abductions, torture and forced disappearance cases that are committed in the east by the militias of Haftar’s Dignity Operation