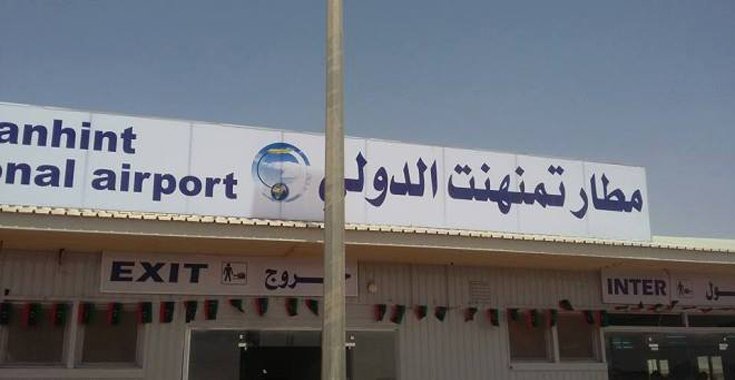 A major build-up of Libyan National Army (LNA) forces is taking place at Traghen, the Libya Herald has learned.

A local source reports the arrival at the military base there of large numbers of fighters and vehicles from the region and from eastern Libyan. “They are from both the south and east [of Libya]” the local resident said. He could not give numbers but said they were “very high”.

He said he had spoken to a number of soldiers who told him that so far they had not been given instructions as to where they were to go.

Traghen is some 125 kilometres south of Sebha.

Currently at Tamenhint airbase, 30 kilometres north-east of Sebha, there is a standoff between the LNA and troops belonging to Misrata’s Third Force. It is the last bastion in the Fezzan held by the Third Force.

The local community has called on both sides to resolve matter through negotiation rather than force of arms, although Third Force commander Jamal Treiki has insisted that his men will not withdraw unless ordered to do so by the Presidency Council and its defence minister.

Efforts to ensure a peaceful resolution, nonetheless, continued today with a meeting of elders and tribal representatives from Fezzan. They agreed to set up committee to mediate between the two sides.

Despite the standoff, the area remains peaceful with life continuing normally although on Sunday a local resident was reported to have been shot at near the airbase gate by a member of the Third Force.

Last December, civil society organisations and local elders from Buwanis municipality which includes the airbase demanded the demilitarisation of the area. They also called on the Third Force to withdraw.