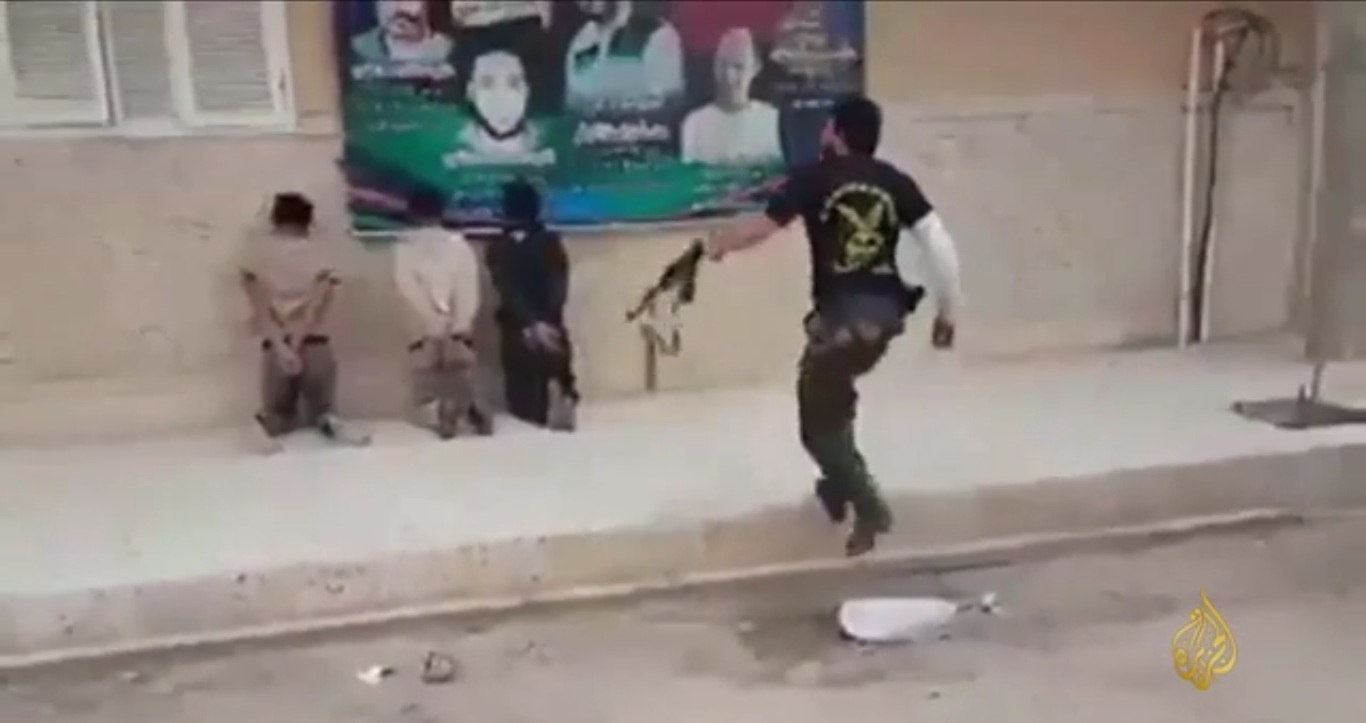 Civilian suffering and widespread human rights violations are often one of the most disturbing outcomes of armed conflicts, such as the raging civil war that has gripped Libya for the past three years.

However, the hiatus of violations and war crimes witnessed over the last few weeks has reached disturbing levels, not seen before in the country’s modern history.

In the Libyan city of Benghazi alone, recent atrocities have included, summary cold blooded executions of young men tied up and kneeling with their faces to a wall; the exhumation of freshly buried bodies in order to tie them to a car bonnet and parade them in the streets; mass murder of civilians – including women and children – with bodies of enemy fighters piled on top for burning.

Yet international organisations, directly concerned with preventing or bringing to account those responsible for war crimes – such as the United Nations and the International Criminal Court (ICC) – have not even paid lip service to these gruesome developments.

The barbaric acts in question took place on and around 18th March, 2017 in a war zone between Benghazi and the district of Ganfouda on the outskirts of Benghazi.

Some BRSC fighters, along with families including women and children, have been besieged by Haftar’s forces in buildings in Ganfouda for the last few months, where even an access to food and water has been denied to them.

As families attempted to break the siege and escape, the Haftar forces seemed to have overrun the entrenched opponents following an intense air bombardment by supporting fighter jets.

According to the senior Libya researcher at Human Rights Watch (HRW), Hanan Salah, “Fighters aligned with the Libyan National Army in eastern Libya seem to have torn up the rule book, as they stand accused of summary executions, desecration of corpses of opposing fighters and attacking civilians with impunity”.

HRW also published a news report on 22 March 2017 detailing what it referred to as “war crimes” as Benghazi residents fled. They stated that “Libyan National Army (LNA) forces may have committed war crimes, including killing and beating civilians, and summarily executing and desecrating bodies of opposition fighters in the eastern city of Benghazi on and around 18 March, 2017.”

The HRW report also states that “one video shared with Human Rights Watch appears to show the exhumed remains of the BRSC commander, Jalal Makhzoum, local journalists told Human Rights Watch. In the video, LNA fighters are seen cheering and accompanying the body, tied to a car hood, as they parade through the streets of Benghazi.

“A separate video purportedly shows the body of a BRSC fighter hanging from a concrete barrier at the entry to an army camp as LNA fighters cheer and pose for photographs with the corpse.”

As for the cold blooded summary execution of war prisoners, the HRW report stated that “in an undated video, widely shared over social media, Mahmoud al-Warfalli, a captain in the LNA special forces, is seen shooting three men in the back of the head with a machine gun as they kneel facing a wall with their hands tied behind their backs.”

Women were not spared, and HRW reports that “the LNA killed a whole family including three women in cold blood after they captured them on their way out of the siege from Ganfouda”. Two very young women were also taken away by LNA fighters and their whereabouts are unknown until now.

The UN Special Representative of the Secretary-General (SRSG) and Head of United Nations Support Mission in Libya (UNSMIL), Martin Kobler, issued a general statement on these war crimes without specifically naming any side responsible.

Kobler insisted in his statement that “it is high time to put an end to the gross violations being committed across Libya.

“I remind all parties that those responsible for committing, ordering or failing to prevent these acts, including hostage-taking, torture,  extrajudicial executions, indiscriminate shelling and desecration of corpses when in a position to do so, are criminally liable, including in front of the International Criminal Court (ICC).”

In fact in another televised statement Martin Kobler reiterated that General Haftar is very much a part of the political process and any political settlement in Libya.

Kobler has, however, alluded to the ICC as a possible route for investigating and punishing these horrific war crimes in Libya, but these words are likely to remain empty, as the ICC itself has taken no concrete steps in Libya since 2011.

This inaction by the ICC was referred to by Amnesty International, which stated in its 2016-2017 report on Libya that, “the ICC initiated no new investigations in 2016, citing security concerns and insufficient resources”.

In a presentation to the UN Security Council in November 2016, the ICC prosecutor stated that the ICC is committed to making Libya a priority in its investigations into ongoing crimes in 2017, and will issue new arrest warrants.

However, three months into 2017, the ICC has not even issued a statement regarding the blatant war crimes committed so far, especially those that happened recently around Benghazi.

Human rights violations and war crimes are not, however, restricted only to Haftar’s LNA in the east, but are widespread throughout Libya.

They are being committed by armed groups and different factions in the west and south of Libya too, including the capital Tripoli.

In its most recent annual report on Libya, Amnesty International clearly states that “armed groups, including some affiliated to the rival governments, committed unlawful killings of captured opposition fighters and civilians they perceived as opponents”.

The report goes on to note that “torture and other ill-treatment remained common and widespread and was committed with impunity, especially upon arrest or abduction and during detention in official and unofficial prisons.”

The continuing conflict in Libya, and the void created by very weak or non-existent state institutions, and lack of any accountability, is clearly providing an environment of unprecedented human rights violations and vile war crimes.

As a consequence, thousands have been killed and many more injured, as civilians are forcibly displaced.

Social cohesion has been torn apart where neighbours have attacked each other’s houses and properties, and people have been targeted along tribal lines, especially in major cities such as Benghazi.

The conflict in Libya is causing deep scars and creating a culture of retaliation and retribution with vengeance. As a result, the process of national reconciliation and social healing will be significantly more painful and slow, once the conflict does come to an end.

The UN and its affiliate human rights bodies, as well as the ICC, are as good as bystanders, as the suffering goes on, restricting themselves to generalised statements of condemnation.

Through their inaction or sheer ineffectiveness, these international bodies, representing international legality, are letting Libya – and its people – down badly.