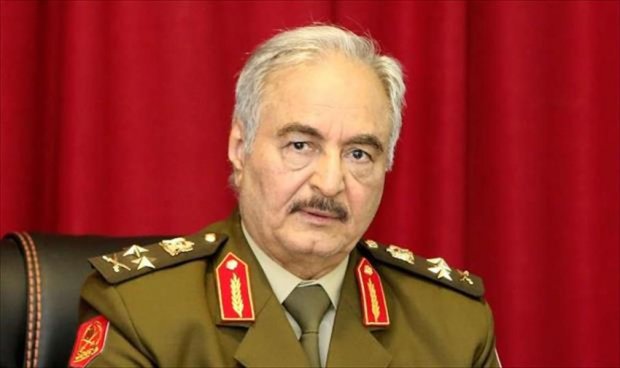 The Military Council for Al-Zintan Revolutionaries (MCZR) said, on Wednesday in a statement, that it is now sure that the general leadership of the army that led by General Khalifa Haftar had appointed personalities from the military figures of the Muammar Gaddafi’s regime in high military and security positions.

Al-Zintan Military Council stated that these newly appointed army figures are pursuing strategies to form armed forces with a radically different vision of the vision and goals of the revolution of 17th February.

The Military Council added that the attempts to seduce the tribes for the sake of forming army alliances would further divide and fragment the country.

The statement stressed that the armed change that happened in the revolution of 17th February was against the regime that spoiled all aspects of the life in Libya. It added that that change wasn’t against a particular city of a tribe in the country.

The statement called all political and military leaderships to revise their decisions and consider the high interests of the homeland.

It is worth mentioning that Haftar issued, days ago, few decisions to appoint four military commanders who were working in Gaddafi’s regime, including the former commander of one of the battalions of Gaddafi, Al-Mabrouk Sahban