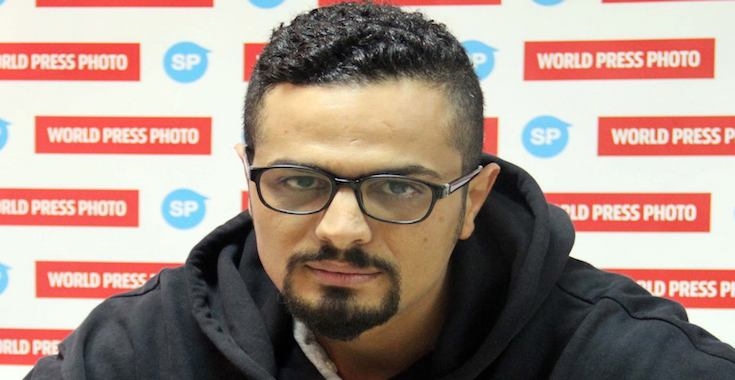 AFP‘s photographer in the eastern Libyan city of Benghazi, Abdullah Doma, was detained late Saturday for the second time in several days by security services there, his family said.

Doma had been released on Wednesday night after being held for 24 hours over his coverage of a public concert to mark Earth Hour.

Security services raided Doma’s home on Tuesday night and told his family he would be questioned over his photographic coverage for AFP of the concert at Benghazi university on 25 March.

The Awqaf religious authorities, linked to the authorities in the east, condemned the Earth Hour event in Benghazi as “offensive” to Islam as it went against the segregation of the sexes.

Late Saturday Benghazi’s counterterrorism unit called the photographer, asking him to go to their headquarters “to answer a few questions”, his family said.

Relatives who accompanied him there were told by “policemen” to go back home as he was “now in detention”.

The family was not given any explanation, but one relative believed Doma had been detained once again for covering the concert.

AFP management expressed its concern after Doma was detained again.

It called on the Benghazi authorities to free the photographer as soon as possible and urged that no charges be pressed against him.

Benghazi is controlled by the military authorities of Khalifa Haftar, which contest the legitimacy of Libya’s UN-backed Government of National Accord which is based in the capital Tripoli.

Millions of people from a record 187 countries and territories took part this year in Earth Hour, an annual bid to highlight global warming, according to the conservation group WWF.