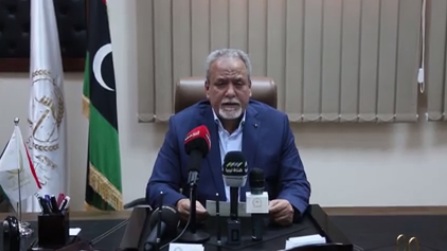 Brig. Araibi announced his resignation in a video post on the municipality’s official Facebook page. He said rumours were spread to obstruct his job while tricksters had exerted efforts to replace him.

“I won’t allow anyone to say I glued to my chair for personal interests that may have negative impact on Benghazi,” he said in the resignation announcement.

He indicated that he would return to his previous job as deputy chief of Libyan Intelligence Agency.

Brig. Ahmed Araibi was appointed by the military governor of east Libya Abdelraziq Al-Nathori as the mayor of Benghazi in August 2016.