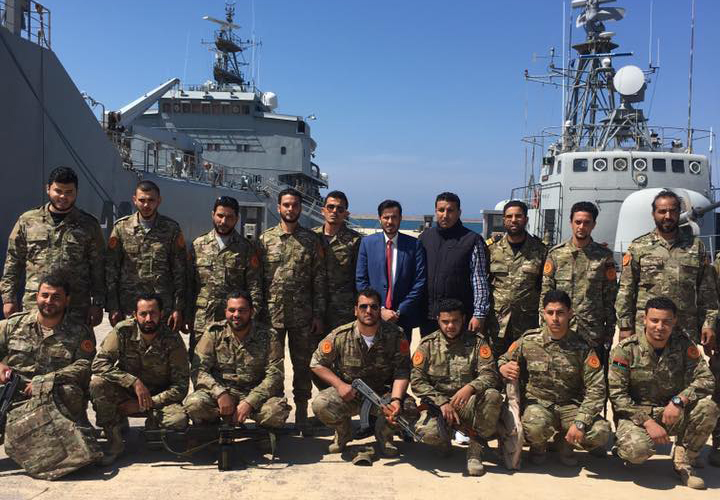 The Chairman of the fuel and gas committee of Brega Oil and Gas Marketing Company, Milad Al-Hajrasi, has hailed the stance of Libyans toward the committee personnel and their support for the committee’s ongoing operations.

“This operation – The Mediterranean Storm – that we have kicked off so recently aims to protect and defend the resources of Libya and fortunes of Libyans, after they had been violated by neighboring countries and international gangs.” Al-Hajrasi said in press statements.

He also lamented the fact that some Libyans had actually collaborated with those gangs, expressing a loud-out grief that the Libyan government did nothing to undermine fuel smuggling.

“the committee personnel, Nalut military council and revolutionaries, air force, and naval force of the Presidential Council all stepped in when the danger was at height and thus clashes with those smugglers took effect on the ground, at sea and hit their targets from the air to defend Libyans’ fortunes.” Al-Hajrasi remarked.

“We have shocked all the smugglers in the neighboring countries as well as the international gangs once we announced the beginning of our operation.” He further explained, adding that the operation will not only end fuel smuggling, but will also end smuggling of goods of all kinds, especially construction materials and vegetables, which, after some crackdown procedures, have decreased in price in Libya gradually.

He also revealed that there’s a new operation in the making that will be tasked to track down all those who helped the smuggling business prosper, including officials at the distribution sector, truck drivers, some transportation companies, and the gangs which carried out the smuggling, besides some of the fuel and gas department’s trucks.

“We won’t stop this operation until we end the absurd smuggling crisis that has been ongoing for six years before the eyes of all the previous governments in Libya.” Al-Hajrasi concluded.