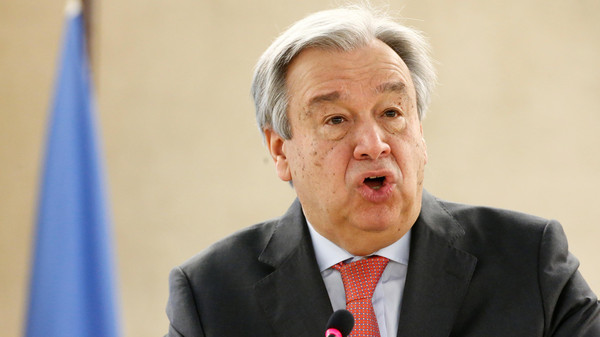 Secretary-General Antonio Guterres is warning that Libya risks a return to widespread conflict, citing the volatile security situation in Tripoli and fighting in the eastern oil crescent and elsewhere, The Associated Press reported.

The U.N. chief expressed alarm in a report to the U.N. Security Council at the renewed military escalation and ongoing political stalemate in the country, AP added.

Guterres said the Islamic State extremist group no longer controls territory in Libya, but its operatives have been sighted, it has been blamed for a number of attacks in different areas, and the international community in the country remains a target, it indicated.

He said in the report released Thursday that the potential for an escalating conflict remains due mainly to unaddressed political issues “and the multiplicity of armed actors on the ground with conflicting agendas.”

Guterres said the U.N.-backed Presidency Council and government remain “constrained in their ability to govern effectively and to provide much needed basic services and security to the population.”

He said the 2015 political agreement continues to be supported by the majority of Libyans and interested countries “as the only political framework to lead the country forward.” AP reported.