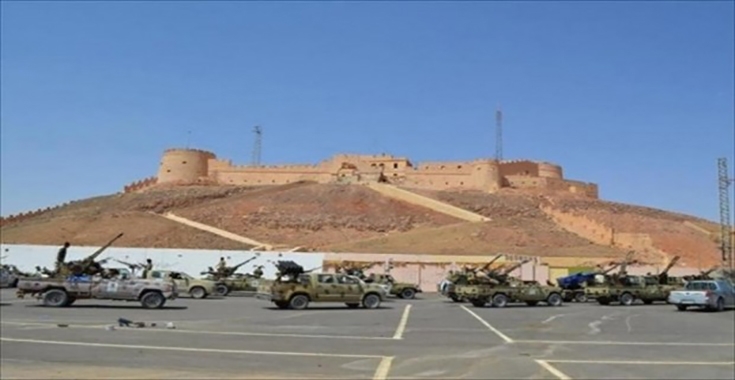 Hisham Abushkiwat, a member of an Amazigh delegation that brokered the deal, said the ceasefire was the result of meetings aimed to halt the warfare between the two rivals.

“The meetings were positive and bore a set of results, the most important of which was an agreement for an immediate ceasefire for three days,” he told Libya’s Al-Ahrar channel on Sunday.

Violence escalated in southern Libya in recent days since forces loyal to Haftar captured the Timnahent airbase in the area.

On Saturday, Prime Minister of the unity government Fayez Al-Sarraj called on the international community to intervene to stop the military escalation in the south.

“This new escalation has got nothing to do with fighting terrorism, but rather has everything to do with instability and deterioration of the current fragile stability of the country.” Al-Sirraj said in an open letter on his Facebook page.

Libya has been wracked by turmoil since 2011, when Gaddafi was ousted and killed in a bloody revolt after 42 years in power.

In the wake of the uprising, the country’s stark political divisions yielded two rival seats of government — one in Tobruk and the other in Tripoli — along with a host of competing militia groups