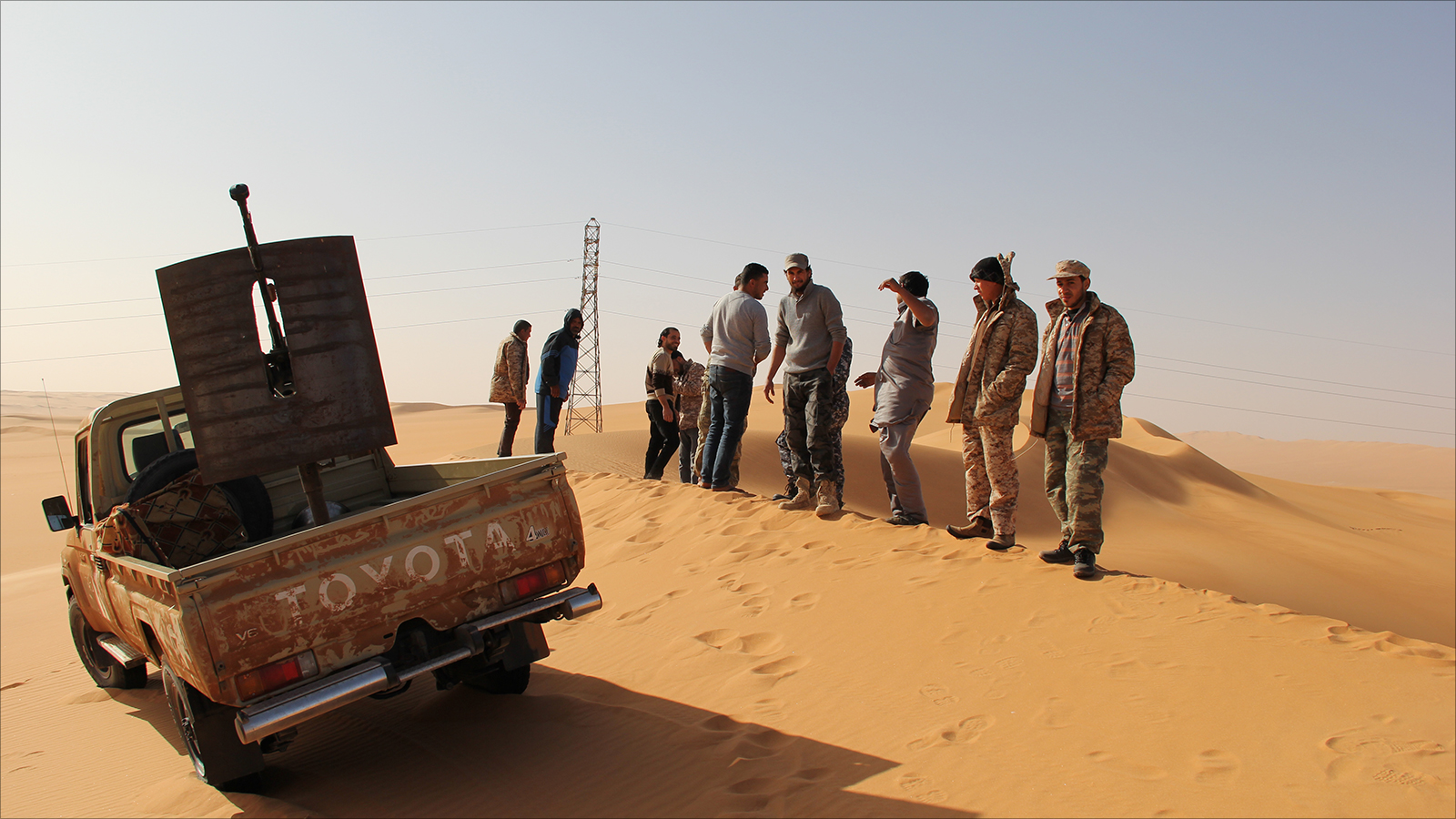 The offensive by the self-proclaimed Libyan National Army (LNA) commanded by military strongman Field Marshal Khalifa Haftar threatened to trigger a broader conflict with forces allied to the Tripoli-based Government of National Accord (GNA).

The unity government, the rival administration in eastern Libya and their respective backers are battling for influence in the North African country, which has been wracked by chaos since the fall of dictator Muammar Gaddafi in 2011.

So far tensions between the two sides had been mainly limited to the country’s north.

But last week, the LNA launched an offensive on the Tamenhant airbase on the outskirts of the city of Sebha.

The most important airbase in the south, it is a base for the “Third Force”, one of several powerful pro-GNA militias from the western city of Misrata.

Haftar’s LNA “wants to achieve a victory in the southern region of Fezzan to boost its position and GNA is mobilising to prevent that”, analyst Mohamed Eljarh of the Atlantic Council tweeted.

The UN-backed government, which both Haftar and Libya’s eastern-based parliament have refused to recognise, has announced a counter-offensive against the LNA.

World powers this week sounded the alarm over the clashes, and in a joint statement, the five permanent members of the UN Security Council called for de-escalation.

“We underline the difference between acts against the terrorist threat and acts that can lead to further deterioration of the situation in Libya,” they said.

To date, the unity government had largely avoided displaying open hostility towards Haftar, who is accused of wanting to establish a military dictatorship in Libya.

But “local armed groups and tribes could be caught into this fight and things could spiral out of control,” said Mattia Toaldo, a Libya specialist at the European Council on Foreign Relations.

Haftar’s forces say the Tamenhant base was a launching pad for rival fighters who seized key northeastern oil terminals from their control last month.

The unity government has denied any link to the attacks on the terminals, which the LNA retook days later.

But analysts say Haftar lacks the forces he needs to battle his rivals in the south.

Claudia Gazzini of the International Crisis Group said the LNA had won the support of some groups in the south but was “still militarily too weak to take on the Third Force”.

The southern region of Fezzan, long neglected by authorities in the capital Tripoli, relies heavily on drugs and arms smuggling and human trafficking.

The region is also a key route for sub-Saharan African migrants attempting to reach Europe illegally from Libya.

Rival tribes in the region often clash over control of border areas near Chad, Niger and Sudan, lucrative routes for people traffickers.

Gazzini said the region’s close economic ties with the city of Misrata, whose powerful militias mostly back the unity government, meant many locals feared a “vendetta” in the event of an attack.

The tribes “know that any attack against Misrata could result in a freezing of trade between the north and the south, and people would suffer from that”, she said.

In April, representative of the southern tribes met GNA and Italian officials in Rome to sign a peace deal to stem the flow of migrants by tightening controls along the southern border.

But analysts are sceptical about the plan’s chances of success.

Human trafficking is one of the region’s main sources of income, Gazzini said.

“So the only way to stop that type of trade is by generating alternative income sources,” she said.

Security Forces
Benghazi
2017-04-21
Nuria
Previous 3 reasons why partitioning Libya is a bad idea
Next If you want peace in Libya, shun partition and embrace power-sharing