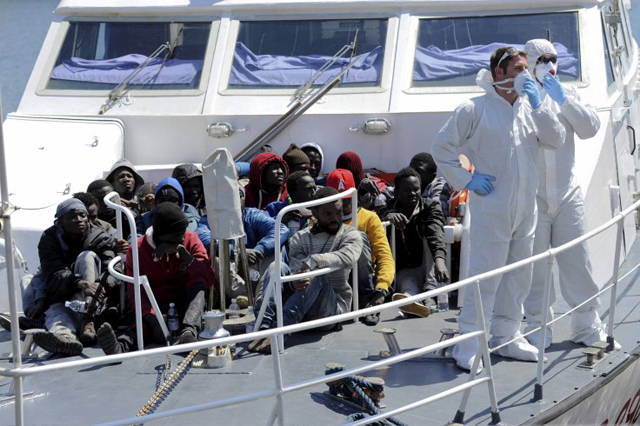 In an interview with Italian daily La Stampa, Sicily-based prosecutor Carmelo Zuccaro made his most specific claims yet over NGO activities off Libya, which the EU border agency Frontex recently described as tantamout to providing a “taxi” service to Europe.

Non-governmental organisations (NGOs) active in the rescue effort include long-established groups such as Doctors without Borders and Save the Children, and smaller, newer operations such as the Malta-based MOAS.

They have all dismissed suggestions of de facto collusion with traffickers as a baseless slur on volunteer crews whose only mission is to save lives in the absence of EU governments acting effectively to do so.

Over 1,000 migrants are feared to have died in waters between Libya and Italy so far this year, according to the UN refugee agency. Nearly 37,000 have been rescued and brought to Italy.

“We have evidence that there are direct contacts between certain NGOs and people traffickers in Libya,” Zuccaro was quoted as saying by La Stampa.

“We do not yet know if and how we could use this evidence in court, but we are quite certain about what we say; telephone calls from Libya to certain NGOs, lamps that illuminate the route to these organisations’ boats, boats that suddenly turn off their (locating) transponders, are ascertained facts.”

Zuccaro is the head of a five-strong pool of prosecutors in charge of investigating all the legal aspects of the migrant crisis, from trafficking to illegal exploitation of migrant labour on Italian farms and rackets in the provision of reception facilities.

La Stampa reported that prosecutors were looking into whether some of the newly-established NGOs involved in rescue operations may be financed by the traffickers themselves as a way of making it easier to guarantee their human cargoes would get to Italy.

The organisations involved have all dismissed the charges against them and expressed concern that they are being targeted by an orchestrated smear campaign.

One group, SOS Mediterranee, said last week it had “never, not once” been put in touch with a migrant boat via smugglers.