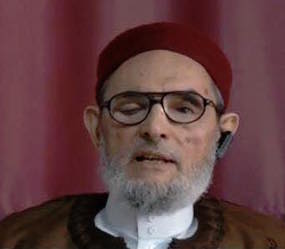 Tripoli’s Dar Al-Ifta head Sheikh Sadek Ghariani has branded the Abu Dhabi meeting between Faiez Serraj and Khalifa Hafter as a conspiracy against the 17 February Revolution.

Ghariani used his weekly programme on his Tanasuh satellite TV channel to call for all Libyans to take to the streets in protest .

He said the Presidency Council head was seeking a compromise while Khalifa Hafter’s “militias” were still killing civilians in Benghazi and in the south of the country.

The Benghazi Revolutionaries’ Shoura Council, which has received the blessing of Ghariani, was even more forthright in a statement it put out today.  Describing Hafter as “an infidel tyrant” it called on all “Benghazi revolutionaries” to join it in its fight against him.

Political TransitionSecurity Situation
All
2017-05-03
asaeid
Previous Libya rivals vow to calm tensions after UAE talks
Next US boosts Libya presence with base in Sahara, files show