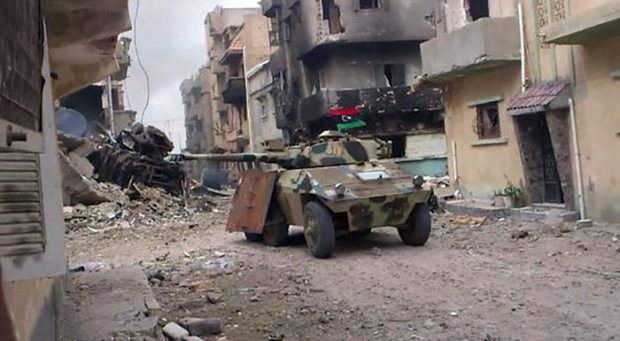 According to sources from Benghazi, heavy fighting erupted in downtown Benghazi between the forces of Operation Dignity led by Khalifa Haftar and the forces of Benghazi Shura Council.

Al-Jala Hospital said two killed fighters and nine injuries for Khalifa Haftar’s forces were brought to the hospital due to the Friday clashes.

There has been heavy fighting over the last two days according to many sources from Benghazi, with the forces of Operation Dignity escalating the situation in the area with both clashes on the ground and artillery and air bombings.

Operation Dignity has been kicked off by Haftar and it has been ongoing since May 2014.