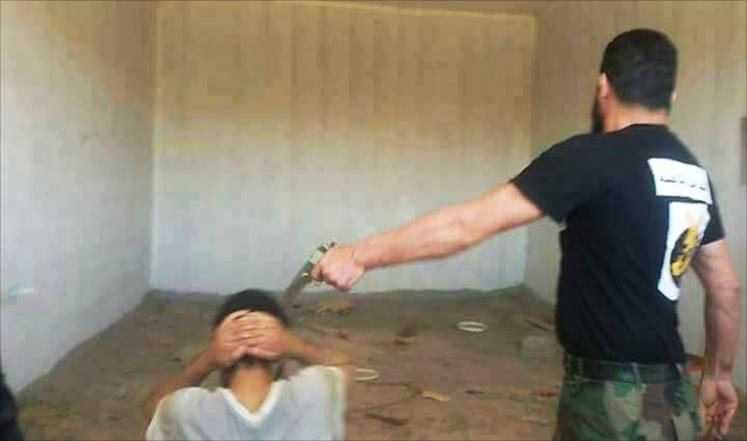 A new disturbing video surfaced on social media on Sunday showing Dignity Operation serial killer Mahmud Al-Wirrfalli committing an extrajudicial murder of one of his captives.

Al-Wirrfalli is seen in the video delivering a religious sermon about the reward one can get from God by killing what he called “Khwarij” before committing his heinous crime.

Al-Wirrfalli then approached his captive and shot him in the head three times at point-blank range, in a similar scene to ISIS execution, while his militiamen shouted “Allah Akabar.”

Terms such as terrorists, Khwarij and Muslim Brotherhood are used by Dignity Operation militias and supporters against opponents.

Khalifa Haftar’s self-declared army is made up of different rogue groups and factions. On top are the notorious Sahawat (awakening) fighters and radical Salafist groups.