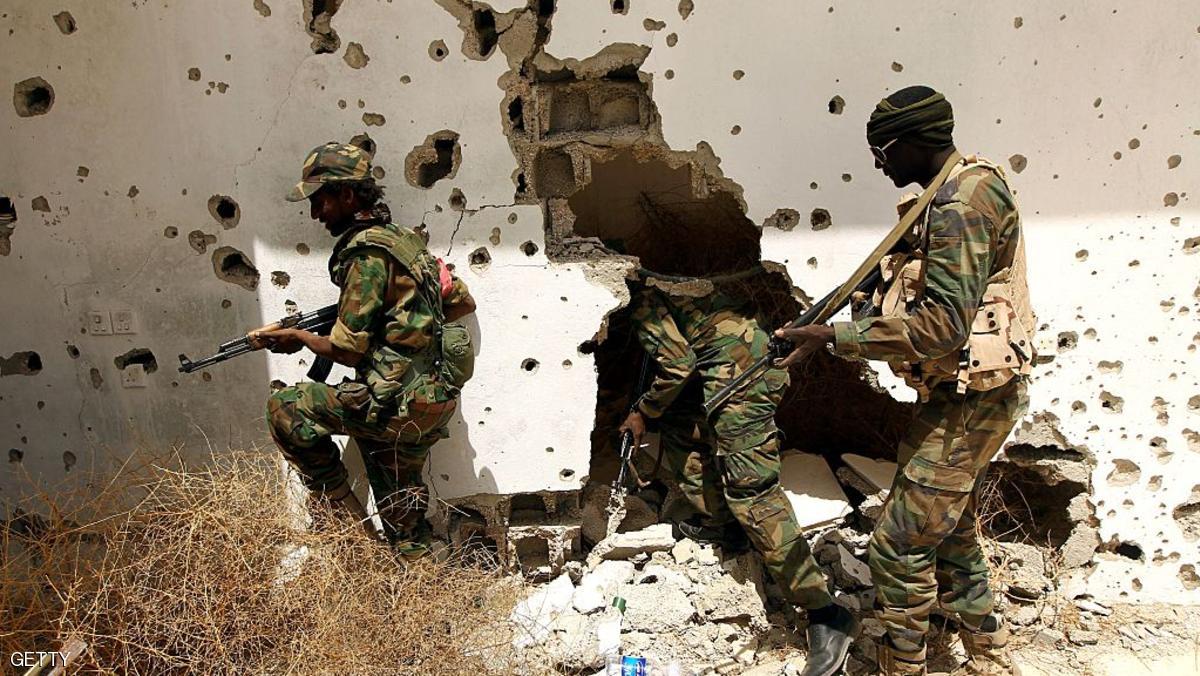 Libyan pro-government forces patrol a rural area on the outskirts of the eastern coastal city of Benghazi which they retook from armed groups as fighting continues in the second city on April 19, 2016. Government forces have clashed with militants in the area since April 14, 2016 when a military official said seven soldiers were killed near a cement factory. / AFP / ABDULLAH DOMA (Photo credit should read ABDULLAH DOMA/AFP/Getty Images)

East Libyan forces pushed on Monday into two districts of Benghazi where they still face resistance, losing at least 12 men in clashes and mine blasts, according to a medical official.

From early morning, roads into the Sabri and Souq al-Hout districts were closed and the sound of heavy weapons and flights overhead by military aircraft could be heard in the area.

The self-styled Libyan National Army (LNA), led by eastern-based commander Khalifa Haftar, has been fighting for three years to take control of Benghazi from Islamists and other opponents.

Earlier this year it secured districts in the south-west of the city after a long siege, but some of the LNA’s opponents escaped to join fighters in Sabri and Souq al-Hout, to the north.

“Sabri and Souq al-Hout were stormed today from several directions and control was taken over several points, and numerous booby traps and mines were dismantled during the advance,” said LNA commander Fadel al-Hassi.

A car bomb aimed at LNA forces had been destroyed before it could reach its target, Hassi said.

A medical source said hospitals had received 12 LNA dead and 20 wounded, casualties of clashes or mine explosions. The number of casualties among the LNA’s opponents was not clear.