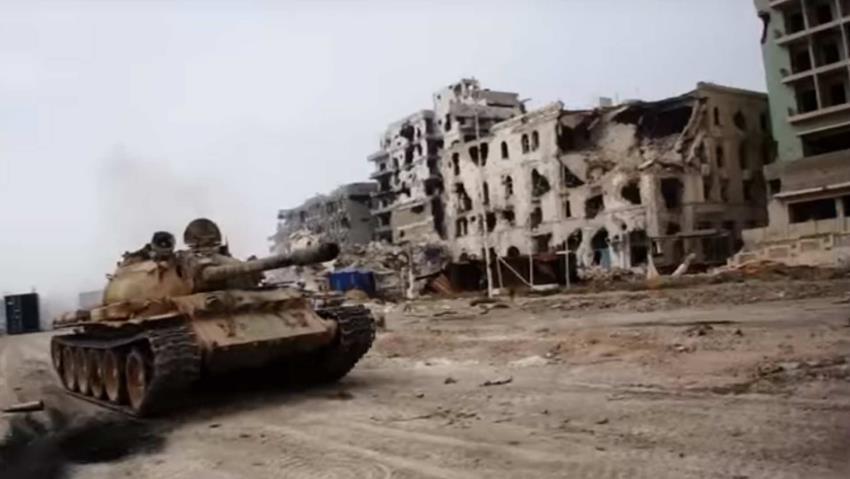 Fifteen fighters loyal to east Libya’s renegade General Haftar were killed on Monday in a new offensive against Islamist jihadi fighters in Benghazi.

Another 55 troops were injured in the assault on two strongholds belonging to the Shura Council of Benghazi Revolutionaries.

Islamist fighters – including those with affiliations to al-Qaeda and the Islamic State group – responded with repeated guerrilla attacks on LNA forces in east Benghazi.

The New Arab has seen footage of LNA tanks advancing on Souq al-Hout, close to the town’s harbour on Monday.

LNA fighters also launched a simultaneous assault on the al-Sabri district, after several mortar attacks were launched from this area.

The LNA is allied to the Tobruk-based East Libyan government, the House of Representatives – which does not recognise the UN-backed government in West Libya’s Tripoli.

The east Libyan cities – Tobruk, Benghazi and Baidaa – are all under the control of the House of Representatives and cancelled independence day celebrations on 17 February citing security concerns over fighting with jihadis.

The Libyan civil war began in February 2011 after a series of protests were brutally suppressed by the regime’s security forces, leading to armed rebellion against the regime of long-time leader Colonel Muammar Gaddafi.The police and army were quickly overpowered by rioting civilians and a number of armed factions took up arms under various banners.The Gaddafi regime responded to the uprising with brutal tactics, including mass rape and torture and the arbitrary detention of tens of thousands of political prisoners.Since Gaddafi’s gruesome demise at a roadside in October 2011, the central government in Tipoli has failed to maintain national security.This has led to a long and brutal civil war involving Islamic State group fighters, General Haftar’s Libyan National Army (LNA) and a myriad other militias that has continued to this day.