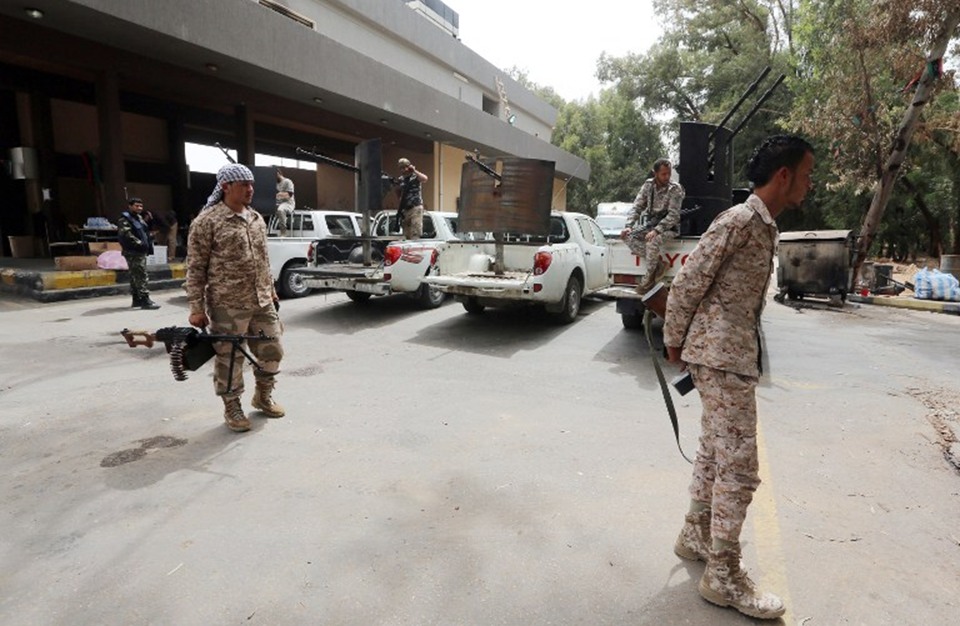 A powerful brigade from Tripoli demanded Tuesday Foreign Minister-designate of UN-installed government, Mohamed Sayala, to resign for his recognition of Khalifa Haftar as “the General Commander of the Libyan Army.”

Haitem Tajouri-led Tripoli Revolutionaries Brigade, which protects HQ of the ministry, said work will be suspended inside the ministry in protest against Sayala’s recognition.

The reaction of Tripoli Revolutionaries Brigade comes hours after a similar protest by Nawasi Brigade, another powerful brigade from Souq Al-Jomaa district, which protects the HQ of the Presidency Council.

Sources said staff of the ministry has also decided to go on strike in protest against Sayala’s remarks.

Mohamed Sayala praised rogue General Khalifa Haftar on Monday during his participation in the meeting of Libya’s neighbors in Algeria, saying he is the “General Commander of the Libyan Army” without a doubt.

Meanwhile, the High Council of State (HCS) deplored what it called “irresponsible statement” of Mohammed Sayala about Khalifa Haftar.

“We urge the Presidency Council of take a decisive and clear action against him, because he has lost his credibility that enables him to continue in office.” A statement by the HCS said.

Khalifa Haftar is a controversial figure in Libya. He is widely rejected in the western and southern regions, while his forces control most of the eastern region.