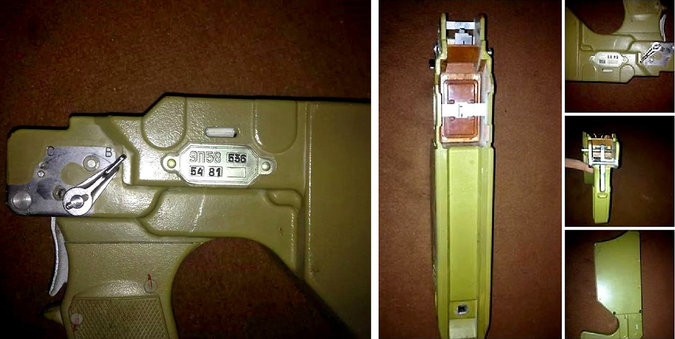 The illegal gun trade in Libya has been booming in recent years, and online sales have helped drive that growth, Guns.com cited a study released earlier this month.

A wide range of small arms are available for sale on closed social media groups, according to the report, entitled Web Trafficking—Analysing the Online Trade of Small Arms and Light Weapons in Libya.

About 6.3 million people live in Libya, a country that’s seen armed militias rise up as competing governments vie for power in the wake of the violent revolution in 2011. The gun trade was heavily regulated under Muammar Qaddafi’s regime. But the political climate in recent years has been ripe for black market gun sales, Guns.com reported.

“Numerous images from the revolution showed captured or destroyed storage facilities containing immense quantities of small arms and light weapons, ammunition, and other arms and ordnance,” the report says. “The Libyan revolution of 2011 directly resulted in a massively increased proliferation of arms and munitions in the illicit sphere in Libya.”

The report also said according to Guns.com, that with a healthy supply of weapons, the market found a medium in the Internet, something most Libyans didn’t have under Qaddafi. As citizens signed on for the first time, they fell in love with Facebook, just one of various social media platforms used to create invitation-only groups that facilitate illegal gun deals.

And there’s been no shortage of demand. With so many competing factions in areas of the country, many Libyans keep guns at their homes and businesses for protection. “Distrust of the rival governments; their militias; the police and armed forces; and various tribal, ethnic, and other groups is widely expressed,” the report says, quoted Guns.com.

The authors of the paper interviewed participants of the illicit arms trade, monitored and analyzed the closed social media groups, and looked at the types of guns and where they come from. Guns manufactured in 26 countries were found to be for sale on the black market. So-called legacy firearms — guns that are old and obsolete — are highly sought after in the country, and there are “significant quantities” in circulation. Most of these are handguns, Guns.com cited.

“Handguns are disproportionately represented in the dataset compared to the estimated percentage of the total small arms holdings in Libya,” the study says. “This is primarily due to the high demand for concealable firearms in Libyan cities.”

While sporting, hobby, self defense, and commercial trade purposes are cited as the motive behind most transactions, the report notes that “some participants involved in the illicit online arms trade have strong ties to Libyan militia groups.” The report added, according to Guns.com.

“The Libyan online illicit weapons marketplace is growing in terms of both demand and supply,” the report says. “The volume and variety of small arms and light weapons offered for sale is likely to expand with growing demand.”

The study is part of a research project from the Small Arms Survey, an independent organization based in Geneva, Switzerland. The Security Assessment in North Africa project researches the availability and circulation of guns, and the emergence of armed groups and insecurity in the region. It’s funded by the Ministry of Foreign Affairs of the Netherlands, Global Affairs Canada, and the Swiss Federal Department of Foreign Affairs, reported Guns.com.