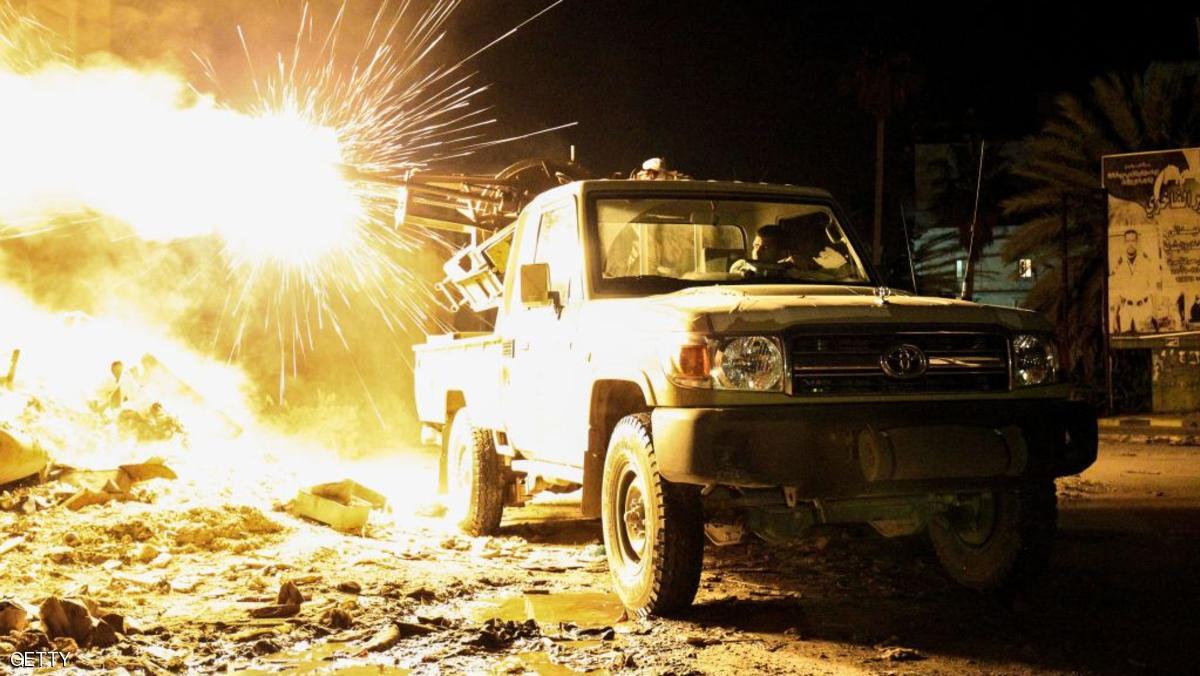 TOPSHOT - A member of the Libyan National Army (LNA) fires a machine gun mounted on the back of a Toyota pickup truck against jihadists in district of Suq al-Hut in the eastern coastal city of Benghazi, on March 26, 2017. / AFP PHOTO / Abdullah DOMA (Photo credit should read ABDULLAH DOMA/AFP/Getty Images)

Following a reported meeting in Salahedeen earlier this week between Misratan hardliner brigades vowing to impose themselves on the capital, Tripoli has been rife with rumours that something was about to happen.

At the time of writing, there were no further details about the fighting, although there were reports that Ghneiwa’s headquarters in Abu Sleem had been attacked. Explosions there are said to be the work of a group calling itself Fakhr Libya (“Pride of Libya” – فخر ليبيا). It is still unclear what exactly led to the explosion, but one theory is that Ghneiwa’s munitions were targeted by saboteurs who had slipped into his headquarters.

The name is a play on that the former Libya Dawn (“Fajr Libya” – فجر ليبيا), the alliance of hardliners opposed to the House of Representatives and the Thinni government in Beida. In arabic, the dot on the second letter is removed from below to above, changing it from a “j” to a “kh”.