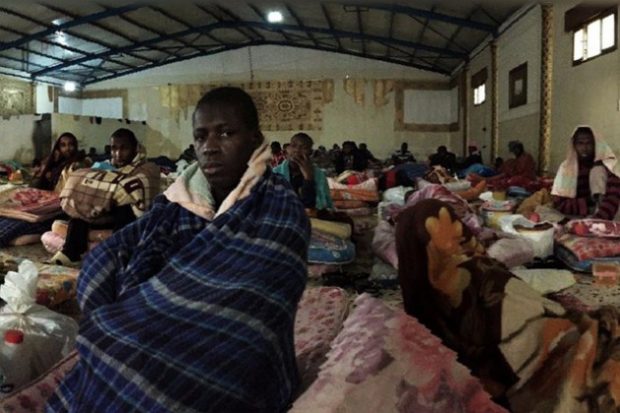 Hundreds of migrants along North African migration routes are being bought and sold openly in modern day ‘slave markets’ in Libya, survivors have told the United Nations migration agency, which warned that these reports “can be added to a long list of outrages” in the country. The International Criminal Court is now considering investigating.

The International Organization for Migration (IOM) had already sounded the alarm after its staff in Niger and Libya documented over the past weekend shocking testimonies of trafficking victims from several African nations, including Nigeria, Ghana and the Gambia. They described ‘slave markets’ tormenting hundreds of young African men bound for Libya.

Operations Officers with IOM’s office in Niger reported on the rescue of a Senegalese migrant who this week was returning to his home after being held captive for months, IOM had on April 11 reported.

According to the young man’s testimony, the UN agency added, while trying to travel north through the Sahara, he arrived in Agadez, Niger, where he was told he would have to pay about 320 dollars to continue North, towards Libya.

A trafficker provided him with accommodation until the day of his departure, which was to be by pick-up truck, IOM said. But when his pick-up reached Sabha in south-western Libya, the driver insisted that he hadn’t been paid by the trafficker, and that he was transporting the migrants to a parking area where the young man witnessed a slave market taking place.

“Sub-Saharan migrants were being sold and bought by Libyans, with the support of Ghanaians and Nigerians who work for them,” IOM Niger staff reported.