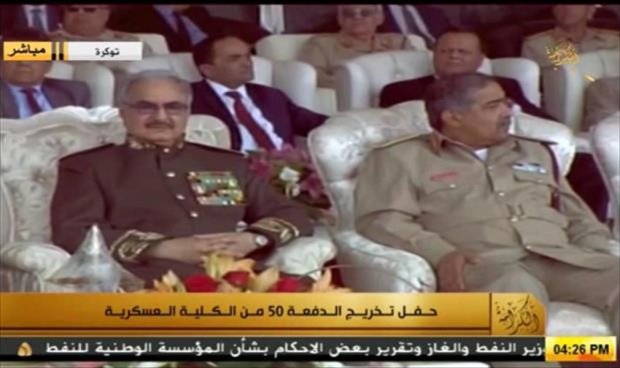 Operation Dignity leaders and fighters in eastern Libya, especially in Benghazi, have thrown an anniversary party to celebrate the third year of the operation that saw the destruction of Benghazi, displacement of over half of the city’s population and the killing of huge numbers of residents both civilian and fighters.

The leader of the Operation Dignity, Khalifa Haftar, gave a speech on the anniversary saying that his forces have achieved a victory of his opponents, whom he called “terrorists”.

He added that his “army” managed to return the city of Benghazi to the lap of the homeland after it was controlled by “extremists”.

However, according to many observers, what Haftar and his forces did in Benghazi to turn from a populated city full of life to a city of ghosts and destruction.

After three years of continuous fighting in Benghazi and with the assistance of UAE, Egypt, France, and lately Russia and others, Haftar and his forces could not so far exact full control of the city against a group of Benghazi Shura Council fighters, whom they call terrorists and extremists.