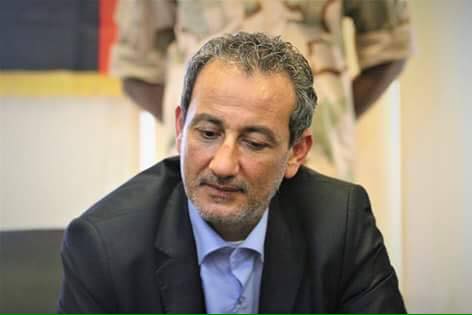 The UN-proposed government’s Presidential Council (PC) issued a statement Friday suspending the defense minister-designate, Mahdi Al-Barghathi, following the attack on Brak Al-Shati base in southern Libya by the Third Force and fighters loyal to the defense ministry.

“We have formed an investigation committee that will take up the incident and see to what extent both the defense minister and the Third Force fighters were responsible for the attack.” The PC’s statement remarks.

According to the PC, the committee will be supervised by what it described as the Commander in Chief of Libyan Army, but headed by the Justice Minister-designate and with the membership of the Interior Minister-designate.

The statement said that the Deputy Defense Minister is appointed in the place of Al-Barghathi for the time being, adding that no force from the UN-proposed government is allowed to take any military action without prior permit by the Commander in Chief.

The PC, of course, denounced the attack that was conducted Thursday on Brak Al-Shati military base, saying “it is a continuation of messing around with the security of Libya’s southern region.”

More than 60 Dignity Operation militants were killed on Thursday in an attack launched by the Third Force on Brak Al-Shati airbase, in southern Libya.