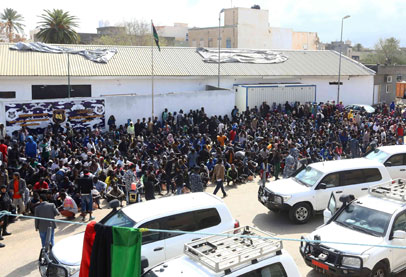 Italy has signed a deal with Libya, Chad and Niger to try to stem the flow of migrants across the Mediterranean by beefing up border controls and creating new reception centers in the African nations, according to a report by Agence-France Presse.

A joint statement by the interior ministers of the four countries said they had agreed to set up centers in Chad and Niger, key countries of transit for migrants who travel to Libya and on to Italy from sub-Saharan Africa, AFP added.

The statement, released Sunday after an Italy-organized meeting in Rome, said the new centers in Chad and Niger, and the existing ones in Libya, would live up to “international humanitarian standards.” According to AFP.