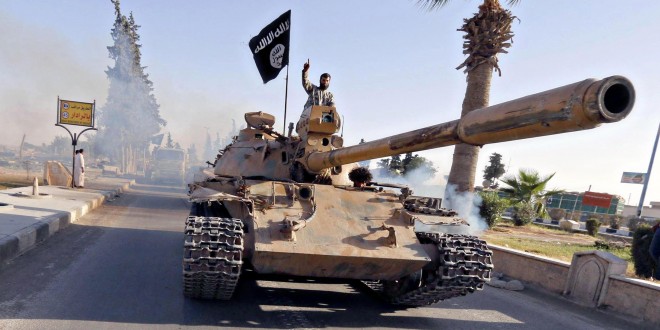 Manchester Bombing Puts Libya’s ISIS Problem Back in the Spotlight

A horrific suicide bombing in Manchester has put a spotlight on Libya—the North African nation where the chaos that has prevailed for the better part of the past six years has become a fertile breeding ground for a mélange of terrorist groups, including the Islamic State of Iraq and al-Sham (ISIS).

“What Manchester shows is that it is possible for a radicalized kid to go to Libya and potentially receive the kind of training that would allow him to return to his home country and commit an act of terrorism,” said Karim Mezran, a resident senior fellow in the Atlantic Council’s Rafik Hariri Center for the Middle East.

On May 22, a bomber identified by British authorities as Salman Abedi, the twenty-two-year-old British-born son of Libyan immigrants, detonated explosives at the end of an Ariana Grande concert in Manchester Arena, killing himself and twenty-two other people. Fifty-nine people were wounded. Abedi had earlier traveled to Libya to see his parents who have moved back; he also visited Syria. The British government on May 23 put the entire country on the highest level of alert—a sign that another attack “may be imminent.”

While ISIS claimed responsibility for the attack in Manchester, it is unclear where or how Abedi became radicalized. However, his ties to Libya underscore concerns about that country’s potential to export acts of terror well beyond its borders.

“The situation in Libya does not bode well for anti-terrorism efforts in Europe,” said Mezran, noting that radicalized European youths can easily make their way back to the continent to carry out acts of terrorism.

Such concerns have also been raised in connection with the large number of migrants streaming into Europe from the Middle East, but there is no evidence of any migrant having been involved in terrorism.

The chaos that has prevailed in Libya since its longtime ruler, Moammar Gadhafi, was ousted and killed in an Arab Spring-inspired uprising in 2011 is embodied in the fact that the country today has two rival power centers and is awash in weapons and militias.

ISIS has attempted to exploit this chaos. Pressure from US drone strikes and militias from the western city of Misrata have, however, succeeded in driving the militants out of their strongholds in first in Derna and later in Sirte in 2016.

While rank-and-file ISIS fighters likely melted back into society, their leaders are reported to be regrouping inside Libya.

“Terrorism is not a cause of instability in Libya; it is a consequence of it,” said Mezran.

Libya is also a significant conduit for migrants that, as a result of wars in the Middle East over the past few years, make up the largest movement of people into Europe since World War II.

European governments made the mistake of thinking that by simply seeking solutions to stem the flow of migrants they could ensure the security of their citizens, said Mezran. He claimed that what they overlooked was the need to create a secure, stable environment inside Libya in order to stop acts of terror at their source.

Mohamed Taher Syala, the foreign minister in Libya’s internationally recognized Government of National Accord (GNA), raised a similar concern in an interview with the New Atlanticist in March.

Syala expected to see the Trump administration prioritize fighting terrorism in Libya because: “The danger is not just for Libya, but for the region and the international community as well.”

On a recent trip to the Middle East, Trump reaffirmed that the fight against terror is at the top of his foreign policy and national security agenda.

The challenge for the United States and Europe is finding an able Libyan partner.

Prime Minister Fayez Serraj leads the Tripoli-based GNA, a government whose authority does not extend much further than the city limits. This is because to its east lies Tobruk, the seat of a rival power center—the House of Representatives—backed by the military commander Gen. Khalifa Haftar.

This equation is further complicated by the fact that Libya’s neighbors—both near and far—have placed their fingers firmly on either side of the scale in this power struggle. While Haftar is backed by the United Arab Emirates and Egypt, Serraj is supported by Qatar, Turkey, and Saudi Arabia.

A United Nations-brokered Libyan Political Agreement, signed in 2015, has failed to reconcile the various factions. Serraj and Haftar held a rare meeting in Abu Dhabi on May 2, but the session failed to produce any concrete results.

Noting that Libya has become a proxy war, Mezran said it is crucial for the United States to step up and, in concert with its European partners, seek a political solution. He noted with regret that the United States has so far shown no interest in leading such an effort.

“If the international community acts in a unified way and coherent way, there cannot be much space for the actors on the ground to disagree,” Mezran said, noting disagreements between Serraj and Haftar. “But until every group has their own proxy support, where is the incentive to strike a deal?” he questioned.

Inaction carries a high cost, according to Mezran.

“What happened in Manchester could happen anywhere,” he said.