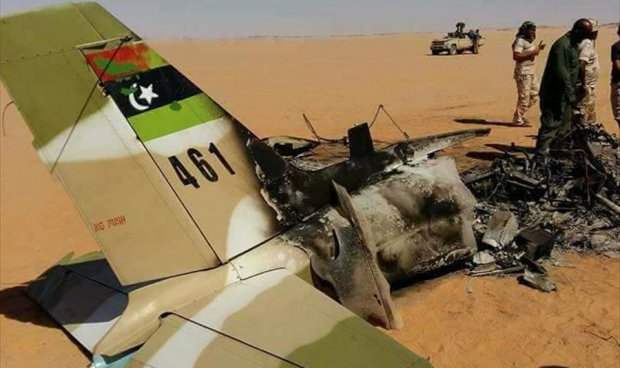 The air force of Dignity Operation forces led by Khalifa Haftar said Wednesday that they found the crashed “Smart Kit” aircraft of Al-Kufra airbase at Hanager district, in Al-Kufra city.

The aircraft was reported missing on Tuesday.

The pilot and co-pilot of the aircraft, Sadam Ghaith and Mohammed Hasnawi respectively, were found dead.

On Facebook Haftar’s air force command said the aircraft took off for surveillance duties after information about Sudanese rebels’ vehicles being located near Libyan southeastern borders.

Search for the missing aircraft started Tuesday afternoon after Al-Kufra airbase lost contact with it during its mission. The aircraft disappeared at about 3.00pm Libya timing.