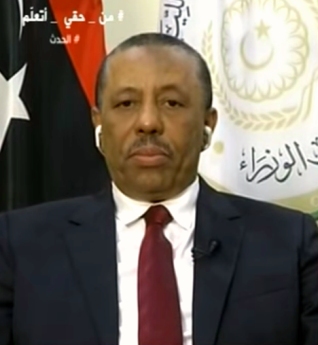 The Beida-based government of Abdullah Thinni has said that it had warned the British government that it was harbouring Libyan terrorists. But the UK had continued to offer a safe haven to the members of the Libyan Islamic Fighting Group (LIFG) and the Muslim Brotherhood.

In a statement that began by denouncing the Manchester terror bombing, the Thinni government then moved on to an outright assault on British support for the Presidency Council (PC) which it said was not recognised by the House of Representatives (HoR) and operated illegally in Tripoli.

It said the cowardly Manchester attack stemmed from the presence for decades of terrorist groups in the UK. This included the LIFG “which has been recruiting Libyan and Muslim youth in the UK and Europe and sending them to Libya and other countries to deliver terrorism and death.”

This, it continued, had been done with the knowledge and consent of the British government which had provided a safe haven for what it described as the “father” of these terrorists who was now in Tripoli. This may have been a reference to Dar Al-Ifta head Sheikh Sadek Ghariani or to Abdul Hakim Belhaj a former leader of the LIFG. The man was described as a friend and comrade of a member of the PC whom the statement also did not name.

It said that despite its continuous warnings, successive UK governments and British ambassadors had “insisted that we share power in Libya with these terrorist organisations and their militias, the LIFG and the Muslim Brotherhood”.  These, it said, had an ideology that resisted any peaceful accord.

It added that  David Cameron, Theresa May’s predecessor as British prime minister, had been pushing the dominance of these groups who “have been destroying our cities and towns in an attempt to shape Libya into an exporter of terror to the whole planet.”

The Beida government insisted that London was actually well aware that the legitimate government of Libya and the Libyan National Army (LNA) were combating these terrorists.