Home / Normal / US says it will support UN-backed Libyan government 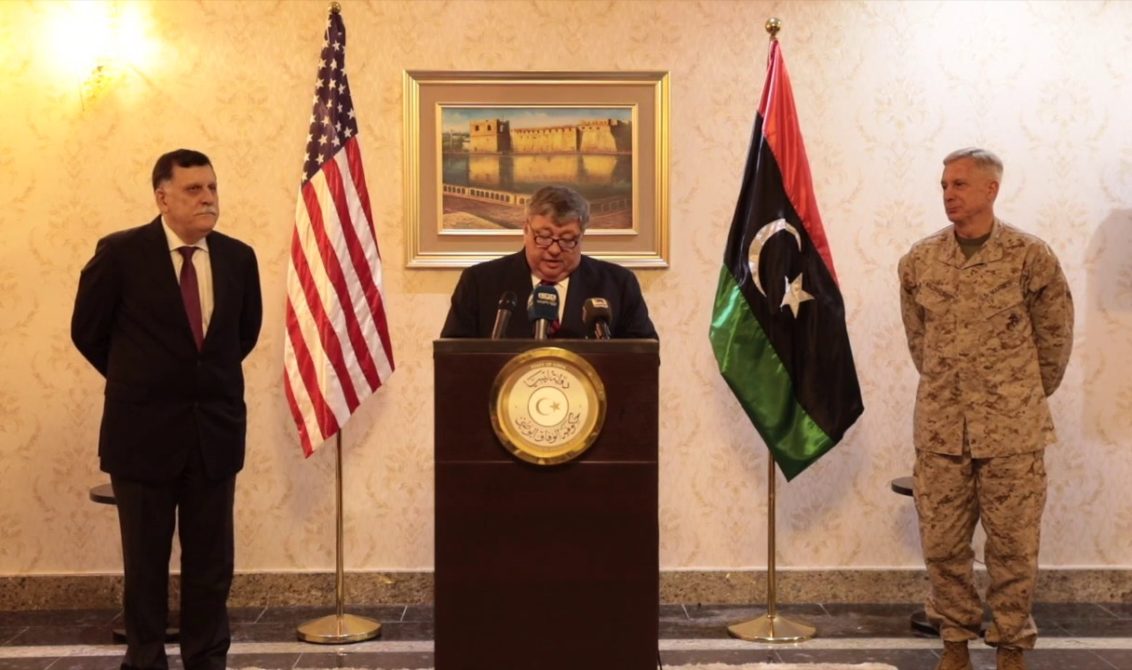 US says it will support UN-backed Libyan government

The US ambassador to Libya made a fleeting visit to Tripoli on Tuesday to endorse the UN-backed government based in the capital, and is the first such visit by Washington’s envoy to the North African country in three years.During the two-hour visit, Peter Bodde met Libyan Prime Minister Fayez Serraj in the capital, along with the US’ top military comander in Africa Marine General Thomas Waldhauser.

“The visit today demonstrates the continued commitment of the United States to the Government of National Accord and to political reconciliation in Libya,” Bodde said, according to Reuters.

Tripoli’s government now has the backing of key international powers, yet still does not control much of Libya, which has been troubled by violence since former dictator Muammar Gaddafi’s overthrow in 2011.

In the east, a rival government and key military commander Khalifa Haftar controls much of the country and has the backing of key Arab states including Egypt and the UAE.

Donald Trump met leaders from both countries in Saudi Arabia over the weekend, for his first foreign trip as president.

Serraj met Trump briefly on the sidelines of a summit held in the Saudi capital, and the Libyan prime minister is attempting to end an international arms embargo on his government.

Earlier this month Serraj met his rival Haftar in the UAE, which appeared to be a first step towards reconciliation between the two sides.

But the massacre of scores of Haftar fighters at a southern air base this week by forces loyal to the Tripoli-based Government of National Accord threatened these achievements.

Despite this, the US ambassador appeared to voice support for continued mediation between the two sides, with fears in the West that further instability in Libya could spark a proliferation in extremist groups.

“We call on all Libyans to avoid further conflict that could lead to a civil war and would enable terrorism and increased social and economic hardships,” said Bodde.

“We applaud the ongoing Libyan dialogue on how to form a government that has broad acceptance across Libya.”

Bodde added that the US was willing to help a “professional armed forces” battler radical groups in the country with arms and training.

The US ambassador to Libya J. Christopher Stevens was murdered when a diplomatic mission in Benghazi was attacked by militants in 2012.

Continiued fighting between rival Libyan factions and the presence of extremist groups means that most diplomatic missions are based overseas with the US ambassador in Tunis.