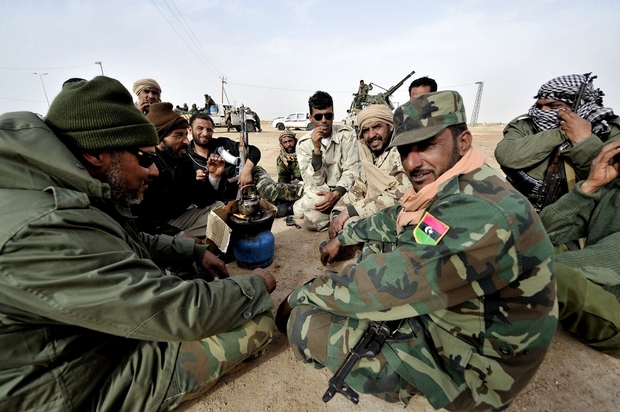 I fought in Libya: Please don’t call us terrorists

I fought in Libya against the oppressor Muammar Gaddafi. I think what I and others did was for a worthy cause. It certainly was not terrorism.

For 41 years, Libyans were forced to live under Gaddafi’s police state where human rights abuses were routine.

Student demonstrations were put down violently, security forces rounded up academics and lawyers, and political opponents were arrested and sometimes disappeared, if not gruesomely publicly executed for trumped up charges.

In 1980 Gaddafi introduced a policy of extrajudicial executions of political opponents across the world whom he called “stray dogs”. And according to Human Rights Watch in 1996 up to 1,200 out of 1,700 prisoners were shot dead in cold blood by security forces in a span of two days.

Then, when on 15 February 2011, a group of locals turned out for a peaceful demonstration, and received bullets in return, we knew that we had no choice but to fight.

Far from targeting innocent people as we saw in Manchester, I was defending a civilian population against an army. It’s wrong to assume that the two were linked. In fact they could not be more different: defending the innocent is noble; mass murder of children and women is one of the most despicable acts a human can do.

We should not forget that Libyans are being killed by the Islamic State (IS) group, which has gained a foothold in the country. I had friends who were killed by IS militants.

You cannot compare IS’s aims to ours. They’re fighting for chaos – we fought for peace.

I personally cannot see how Salman Abedi could have fought in Libya given the battalion that I was a part of would not dare to have someone who was just 16 years old on the frontlines.

Even so, those who did participate in the revolution, people from all walks of life such as doctors, teachers, lawyers, peacefully came back to the UK and returned to business as usual.

Abedi was definitely the exception and not the rule. British Libyans care deeply about both Britain and Libya. Many of us are still supporting the revolution from right here in Britain, including trying to unite the country by the creation of civil society organisations to negotiate peace treaties and ceasefires.

I do admit that there is a conversation to be had about the consequences of British foreign policy in the Arab and Muslim world.

British interventions in Iraq and Afghanistan were disastrous and created resentment among many Arabs and Muslims – as does leaving Bashar al-Assad to drop barrel bombs and use chemical weapons against innocent civilians.

But Libya was different. It was a popular uprising. It was a civilian revolution and not a religious one. Britain was willing to support us because it was in line with their foreign policy at the time. We also weren’t linked to groups like al-Qaeda.

I say “at the time” because many of us who fought are upset that Britain continues to support General Haftar, who has been condemned by leading rights group, including Amnesty International, for committing a series of war crimes.

In fact, just last month, photos emerged showing how Haftar’s Libyan National Army killed 25 innocent people who were looking for food, while an eyewitness claimed that his forces disinterred and mutilated the bodies of people who had died in the weeks before.

Amnesty international denounced the incident as “deplorable” and said it amount to a “war crime”.

Some people see the divisions in Libya today and ask me if I regret taking up arms against Gaddafi. I tell them that when you have a bad tooth, extracting it might be painful, but to let it rot is even worse.

We, Libyans, fought and died for peace; we know that oppression unchecked will only breed more violence.