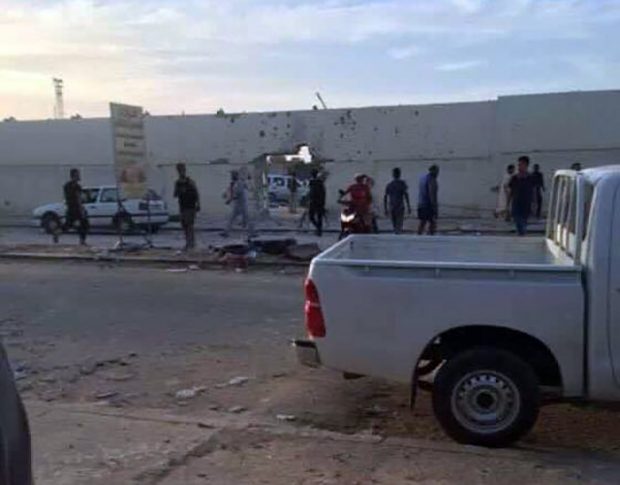 An armed Libyan group on Friday seized the al-Hadhba jail in south Tripoli where former officials of the regime of late strongman Moammer Gaddafi are being held, a judicial source said.

The prison guards were forced to withdraw after an armed group loyal to the UN-backed Government of National Accord attacked, said the source requesting anonymity, adding that two guards were killed.

The fate of the top former officials for Gaddafi, who was overthrown and killed in a 2011 revolution, was not known late on Friday.

More than 30 are being held there, including Gaddafi’s last premier Baghdadi al-Mahmudi and his former intelligence chief, Abdullah Senussi.

Both men were condemned to death in 2015.

The official named the group that attacked the facility as the pro-GNA Katiba Thowar Tripoli.

Al-Hadhba jail is controlled by an Islamist group headed by Khaled Sherif, who was a deputy minister in the former government set up by the Fajr Libya coalition of militias that seized Tripoli in 2014.

The group has not yet said whether it backs or opposes the GNA.