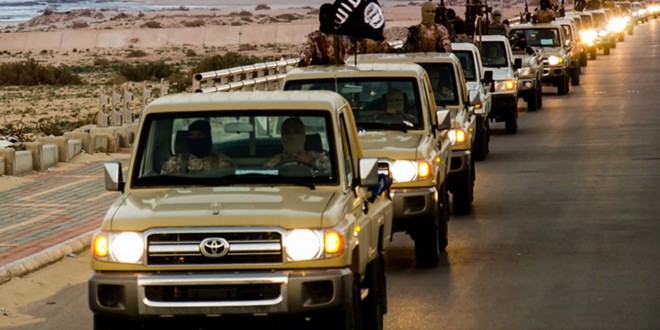 Armed groups in Libya’s east are demanding the disclosure of investigations into the escape of ISIL fighters from Derna and Benghazi through areas controlled by Khalifa Haftar, the retired Libyan army general and self-proclaimed commander of the Libyan National Army (LNA).

Members of a prominent tribe in Benghazi, Awaqir, are demanding answers to how supporters of ISIL, or Islamic State of Iraq and the Levant, were able to leave Benghazi and Derna unhindered on two separate occasions – early 2015 and early this year.

The tribesmen believe the ISIL fighters were smuggled out deliberately.

Libya’s Government of National Accord (GNA), formed in 2015, has struggled to exert its authority in Tripoli and beyond, or rein in armed groups, including ISIL, that have held power on the ground since the country’s 2011 uprising.

In a video statement, commanders of about 15 armed groups in eastern Libya said assassinations and murder have returned to Benghazi after the ISIL fighters’ escape.

“Security conditions have deteriorated and assassinations and bombings have returned to the city,” they said as they demanded the truth behind the escape.

Last week, Braik al-Lwati, an Awaqir leader, was killed in a car bomb explosion in Benghazi.

Earlier this year, ISIL fighters operating in Benghazi were allowed a safe corridor to leave the city into the desert, according to local news media reports.

The Awaqir tribesmen, who say they belong to the LNA, have also pledged not to allow anyone to exploit their sacrifices for personal gain.

“We do not recognise any party speaking on our behalf and we will not allow anyone to use our blood for personal benefits,” they said.

And in what appears to be a thinly veiled reference to the LNA’s commander, Haftar, they have stressed that no one speaks for them.

The LNA does not recognise the authority of the UN-backed GNA, which took the reins of power in Tripoli last year but continues to draw on armed support, especially from the western city of Misrata.

The protests against Haftar in Libya come against the backdrop of six strikes by Egyptian air force planes directed at camps near Derna, where armed men responsible for a deadly attack on Christians in Egypt’s Minya province are believed to have trained.

At least 28 Coptic Christians were killed and dozens more wounded on Friday by armed men who attacked them while they were travelling by buses and a truck to a monastery.

Later in the day, Egyptian President Abdel Fattah el-Sisi announced that he had directed strikes against what he called “terrorist camps”, declaring in a televised address that states that sponsored terrorism would be punished.

“Egypt will never hesitate to strike terror camps anywhere … if it plans attacking Egypt whether inside or outside the country,” Sisi said.