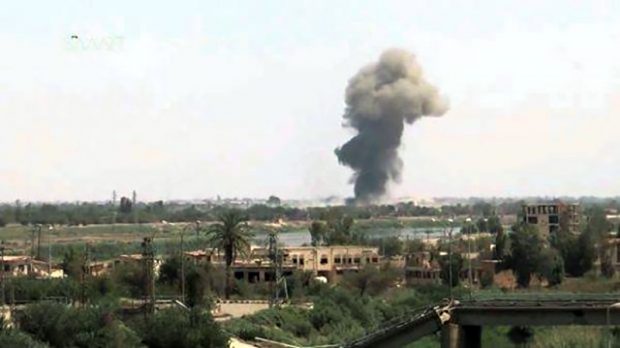 Foreign aircraft carried out airstrikes on Hun town in central Libya near Al-Jufra city on Sunday, no casualties were reported, the commander of the 613 Brigade, Abdelrahman Basheer said on a local media outlet.

Basheer added that the airstrikes, which he said could be Egyptian, targeted Tagrift military camp on Saturday night and led to great damage in their military equipment and vehicles.

The Tagrift Brigade has been hit by airstrikes from Khalifa Haftar’s Operation Dignity many times before.

The brigade is part of the war on terror led by Operation Al-Bunyan Al-Marsous ans is part of the Defence Ministry of the Government of National Accord.