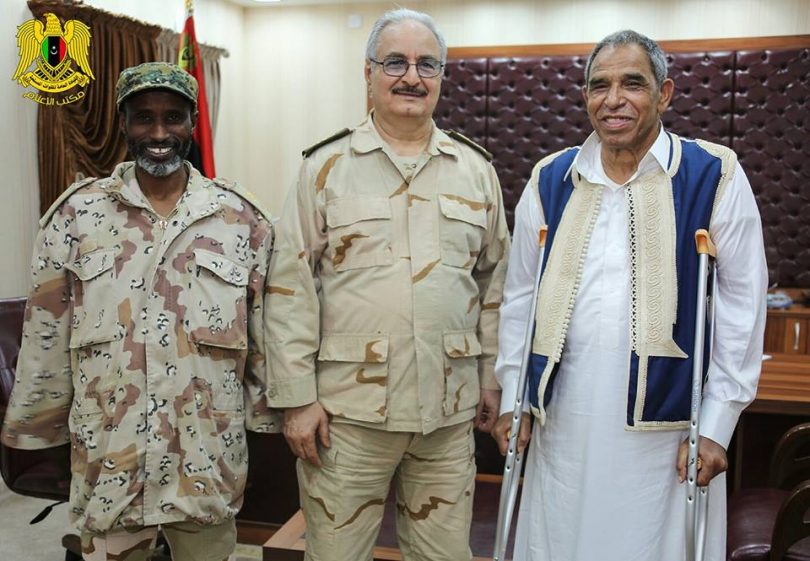 In a surprise move, General Mohamed Ben Nayel has resigned as commander of the Libyan National Army’s 12th Battalion.

According to Mohamed Lafairis, the battalion’s spokesman, Ben Nayal quit his position accepting a degree of responsibility for the Brak Al-Shatti massacre ten days ago. He said that there had been a dereliction of duty that had contributed to the slaughter.

The number of dead is now put at 184 after a the bodies of a number of missing people, many said to be civilians, were reportedly found in the desert area away from the Brak airbase.

In a handwritten letter of resignation, Ben Nayel named Brigadier Al-Hadi Bouzeid as interim head of the battalion until a new commander was appointed.

So far, however, the resignation has not been accepted by the armed forces’ general command.