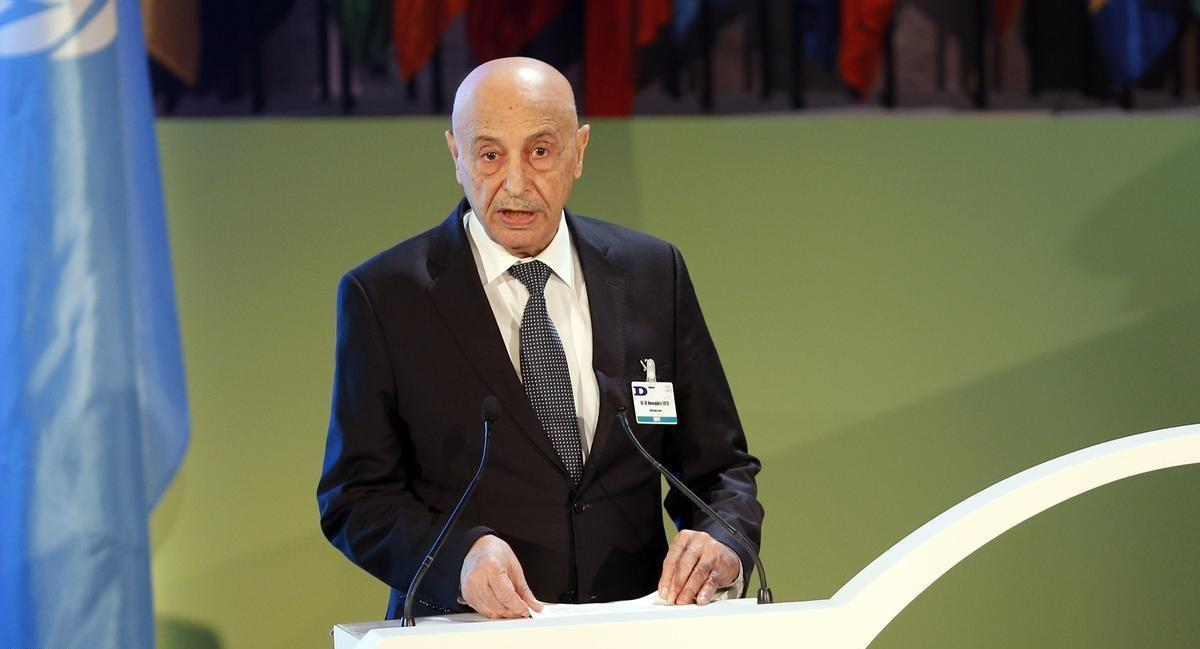 The head of Libya’s parliament gave the green light to Egypt to launch air raids on militants in response to a deadly attack on Coptic Christians, a source close to the Tobruk-based house of representatives told The New Arab.

The source said on Thursday that Aguila Salah, whose parliament has refused to support a UN-backed unity government, gave Egyptian authorities permission to strike militant camps in the war-torn country.

The attacks came hours after masked gunmen attacked a bus carrying Egyptian Christians in the central city of Minya, killing at least 29 people.

“Salah and a number of other pro-Haftar lawmakers knew about in advance and co-ordinated the strikes with the Egyptians. The targets that were bombed had been pre-determined by the Libyan side,” the source, who spoke on the condition of anonymity, said.

The source said that the move has angered some MPs who want LNA Chief of Staff Abdel Razzaq al-Nadhouri to be held accountable for the violations of Libyan sovereignty.

“Sixty MPs are planning to hold a press conference in Tripoli soon to condemn Salah’s unilateral decision and call for elections for a new head of the body.”

The source added that they also want to discuss reports that Egyptian special forces have been deployed close to Derna to plan an upcoming military assault on the city, which is under the control of the al-Qaeda-linked Mujahideen Shura Council.

Libya’s elected parliament, which fled east from the capital to Tripoli in 2014 after advances by Islamist-backed militias, is closely allied with Haftar, who also does not recognise the legitimacy of the UN-backed Government of National Accord [GNA].

The GNA has denounced the raids as a violation of its sovereignty.

The Islamic State group has claimed responsibility for the deadly attack in Minya – the latest in a series of IS strikes that have killed more than 100 Copts in Egypt since December.

Analysts have said that the Egyptian strikes in Libya were a pre-meditated attack intended to shore up its close ally Haftar and that the Minya massacre was used as a pretext to launch them.