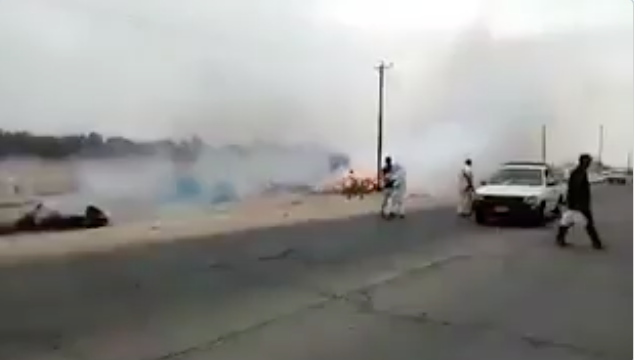 Units belonging of the Libyan National Army (LNA) have entered the town of Waddan in Jufra amid fierce fighting. Latest reports say that they have taken it. The nearby town of Sukna is also said to have been taken by the LNA, although this has not been confirmed.

The LNA forces are believed to be heading towards Jufra airbase.  Its capture would give it air striking coverage of much of western Libya.

The clashes first erupted on the eastern outskirts of Waddan between the LNA and the Benghazi Defence Brigades (BDB), said to have been supported by Chadian mercenaries.

For their part, the LNA were supported by armed locals from Waddan, with at least one reported dead. Three Chadians on the side of the BDB died.

Misratan forces had already left the area before the attack.

It followed another night of intense aerial bombardment by LNA jets. At least ten airstrikes hit the neighbouring town of Houn. While the Egyptian air force has carried out attacks on Derna and the Jufra region in the past week, there is no indication they were involved in the events of the past 24 hours.

LNA spokesman Colonel Ahmed Mismari issued a statement urging the people of Jufra to stay away from any “fixed or mobile target, headquarters or vehicles belonging to hostile groups, as they are legitimate targets for the armed forces’ air force”.

He added that the LNA General Command would target any building that “embraces these terrorist groups”.