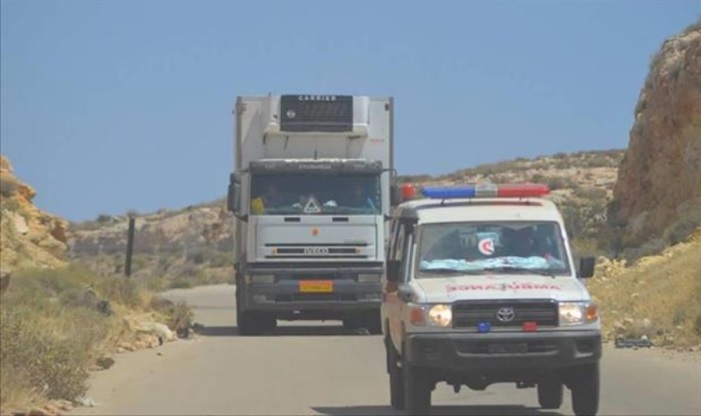 The so-called Omar Al-Mukhtar Brigade of Dignity Operation in eastern Libya confiscated aids laden in a truck for the International Committee of the Red Cross (ICRC) as it was heading to Derna city.

Derna city has been besieged by Dignity Operation for more than a year now, barring basic foods, fuel, cooking gas, cash and medicines to enter the city.

According to sources, the ICRC’s truck was laden with foods, medicines, furniture and blankets, which were en route to be delivered to the Libyan Red Crescent teams in Derna before Haftar’s brigade had seized them.

General Command of Dignity Operation announced last month that the siege on Derna had been lifted and all basic needs will be allowed to enter the city, yet the decision remained words and no action up until today.

This incident was not the first of its kind as Dignity Operation forces seized before a cargo for the ICRC, then they released 2 trucks out of 8.