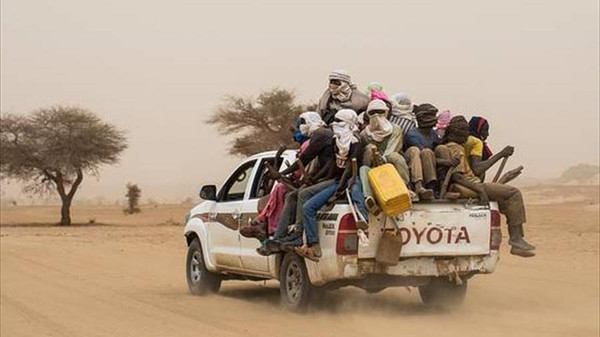 Misrata’s municipal council has said that all Internally Displaced People (IDPs) must be allowed to return to their homes, whether in Mashashia, Zintan, Rujban, Kikla, Tripoli, Tawergha or elsewhere.

The issus of displaced people was “purely humanitarian” and should not be “employed politically,” it added in a statement issued today.

This message is a major U-turn given Misrata’s effective veto block on Tawerghans going home till now. The city has outwardly gone alone with moves to allow the Tawerghans home – there was a UN-brokered deal last August which envisaged the 40,000 Tawerghan returning home possibly by the end of 2016, and compensation for both them and Misratans who suffered during the 2011 Revolution. But nothing happened, mainly because there was no active backing from Misrata.

Many in the city are still bitter about Tawergha’s active support of the Qaddafi regime against it in 2011. Seething with bitterness at the end of the revolution and wanting revenge, Misratan forces expelled the Tawerghans from their town and it has been empty ever since.

Praising efforts to enable all displaced to return home, the council declared in today’s statement its “full solidarity with displaced civilians from all areas of Libya, especially those [staying] within the administrative borders of Misrata municipality”.

The largest group of IDPs currently resident in Misrata are, however, thought to be Benghazinos.

Despite that, the council also bolstered its stance against the Benghazi Defence Brigades (BDB) saying they would not be allowed to enter Misrata. It said it refused to endorse or support a force that sought to achieve its objectives through violence the Council added.

It again demanded the BDB hand over “wanted” figures, including its leader Mustafa Al-Sharksi, in line with the demands of Libya’s chief prosecutor.

A Misratan statement yesterday ordered the BDB and its allies positioned south of Abu Grain to disband and disarm.

Today’s statement is further evidence of Misrata’s municipal council and its allies moving to regain the political initiative after months of attempts by local hardliners to eject it and take over the city. Those same hardliners, supported by the Benghazi IDPs and supported the BDB,  have also been the backbone of attempts to prevent the Tawerghans returning home.

The council furthermore said it was concerned over recent clashes in the south, specifically the violence between the BDB and Khalifa Hafter’s Libyan National Army.

Hafter was warned not to hide his political and military ambitions behind a “war on terrorism”. Ultimately, the Misrata council said, a solution to Libya’s problems could not come about through violence. It added that the Presidency Council had to launch a clear and comprehensive plan that would bring together all of Libya’s warring factions and give much-needed stability to a country battered and bruised by years of conflict. 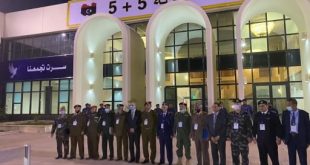