Home / Normal / Hamas dismisses claims it has fighters in Libya 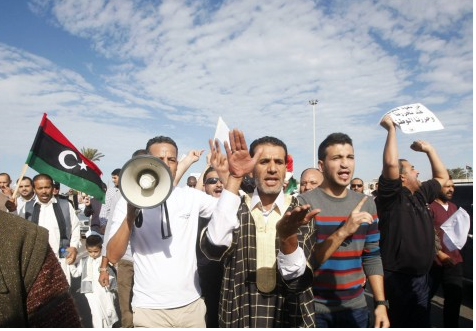 Hamas dismisses claims it has fighters in Libya

The denial came one day after a spokesman for Libyan military commander Khalifa Haftar accused the Gaza-based resistance group of sending members of its armed wing to fight in Libya on behalf of Qatar, which is currently embroiled in an unprecedented diplomatic row with several other Arab states.

“Hamas has not — and will not — send its fighters and weapons abroad,” leading Hamas member Khalil al-Hayya said in a Thursday statement.

“Our weapons remain directed solely at Israel, which we will continue to resist — even if it means sacrificing our leaders, our sons and our homes,” al-Hayya declared.

He made the assertion while taking part in the funeral of a recently-deceased Hamas member in the city of Rafah in the southern Gaza Strip.

Haftar, who is affiliated with Libya’s Tobruk-based parliament, enjoys the support of the United Arab Emirates and Egypt, both of which — along with Saudi Arabia, Bahrain and Yemen — abruptly cut diplomatic ties with Qatar earlier this week.