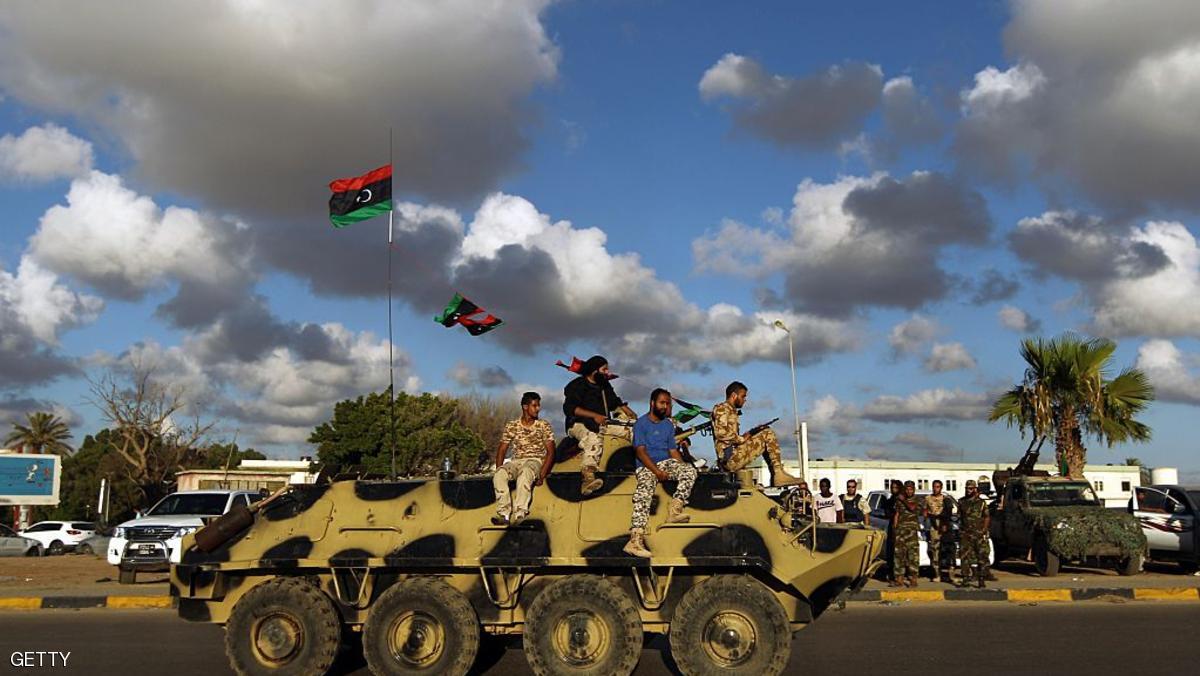 Libyan troops loyal to Khalifa Haftar, a retired general and former chief of staff for Moamer Kadhafi, sit on an amoured personnel carrier (APC) during a demonstration calling on the international community to arm the Libyan army on August 14, 2015 in the eastern Libyan city of Benghazi. The Tobruk-based government (recognised by the international community) said in a statement that world powers were using "double standards" by fighting IS in Syria and Iraq and "turning a blind eye" to the presence of the jihadists in Libya. AFP PHOTO / ABDULLAH DOMA (Photo credit should read ABDULLAH DOMA/AFP/Getty Images)

The UAE has ignored a UN arms embargo to send weapons to east Libya’s General Haftar, the UN’s Libya Sanctions Committee has reported.

The UAE’s illicit arms sales had helped increase the numbers of civilian casualties in the conflict, the committee’s report found.

According to al-Jazeera, the committee had asked the UAE for clarification on this issue but received no response.

Reuters reported on Friday that the on-going rift between UAE and Qatar is being played out on the battlefield in Libya, as both backed different sides in the uprising that toppled Muammar Gaddafi in 2011.

The UAE has been helping General Haftar fight Islamist rebel fighters in the country’s east.

But Qatar has denied funding any Islamist fighters with links to extremism.

General Haftar made several separate and unsubstantiated claims on 29 May that Hamas was financing Islamist fighters in east Libya.

In response, Hamas denied Haftar’s claims outright on Thursday, saying it “has not — and will not — send its fighters and weapons abroad.”

“Our weapons remain directed solely at Israel, which we will continue to resist — even if it means sacrificing our leaders, our sons and our homes,”  Khalil al-Hayya, a prominent Hamas member, said in a statement on Thursday.

The east Libyan government, headed by Abdullah Al-Thinni and backed by General Haftar, joined Saudi Arabia, the UAE and Egypt in cutting relations with Qatar on Monday.