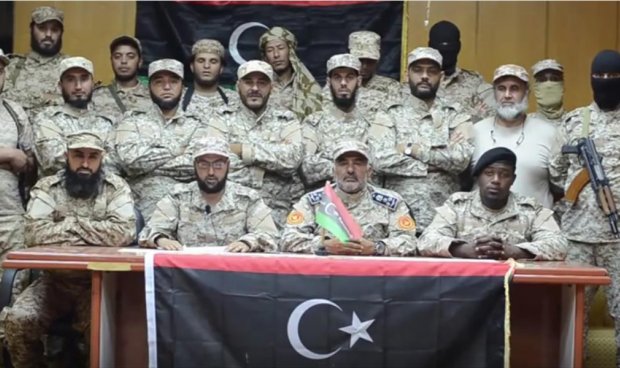 The Benghazi Defence Brigades (BDB) has accused the United Arab Emirates (UAE) of waging a “systematic war on Benghazi and Cyrenaica”. It had branded the BDB a terrorist group, because the BDB stood between it and its attempt to dominate Benghazi .

The BDB’s anger was directed at the UAE even though Saudi Arabia, Bahrain and Egypt also put their names to the document this week that condemned the militia as terrorists.

“The UAE views the (BDB) as an obstacle in its attempt at dominating Benghazi,” the BDB has said in a statement, which went on the insist “the list is fabricated”.

“The reality of this unfair classification” said the Islamist BDB “is to create the political restrictions on anyone who poses a threat to the UAE’s attempt at supremacy over the entire region”.

It added that it was “no secret” the UAE was trying to disrupt the 17 February Revolution, which it said was perhaps best shown by its clear support for “war criminal” Khalifa Hafter in “breach of international conventions”.

It instanced the setting up of UAE military bases in Cyrenaica, as reported by the UN and Hafter’s numerous air strikes on ‘revolutionaries’ as further evidence of international laws being broken.

“The fact is, the role of the UAE in Libya is to obstruct and thwart all efforts at national reconciliation, fuel the war between the Libyan people, violate national sovereignty and violate international conventions in Libya; all for control and the extension of influence and domination,” the BDB said.

The BDB urged all “Libyan Revolutionaries” to document UAE interference, to denounce Hafter and insisted it would refuse to back down in its support for Benghazi.

Earlier this week, Saudi Arabia, the UAE, Bahrain and Egypt updated their terror list to include the BDB and five Libyan, all, they claimed, with links to Qatar.

They put out the document amid a diplomatic row with Qatar, in which the Beida-based interim government has  followed other Arab states in severing ties with the tiny oil rich emirate.