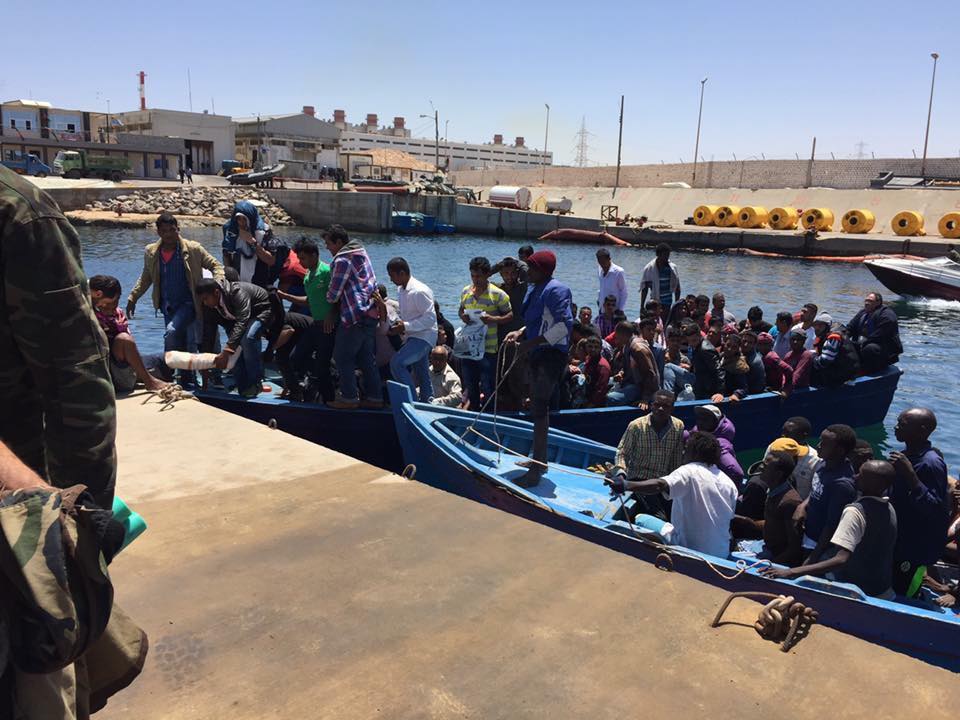 One illegal immigrant was killed as gunmen attacked a patrol for the Libyan coastguards that had intercepted 570 immigrants off Sabratha shores, Libyan Nay said Saturday.

Ayoub Qassim, the Navy spokesman, said the intercepted 570 immigrants are from different African countries, confirming the death of one of them and the injury of three others due to the attack on Friday.

Qassim added that three of the human traffickers were arrested along with the illegal migrants, adding that the patrol depicted five other boats laden with immigrants in the water, however; they could not intercept them due to being under attack by the gunmen.

“Two of the human trafficking boats were destroyed by our patrol, while a third one managed to run away in the first operation.” Qassim explained.

Over 3800 immigrants were rescued in last May alone, Libyan Coast Guard announced earlier.