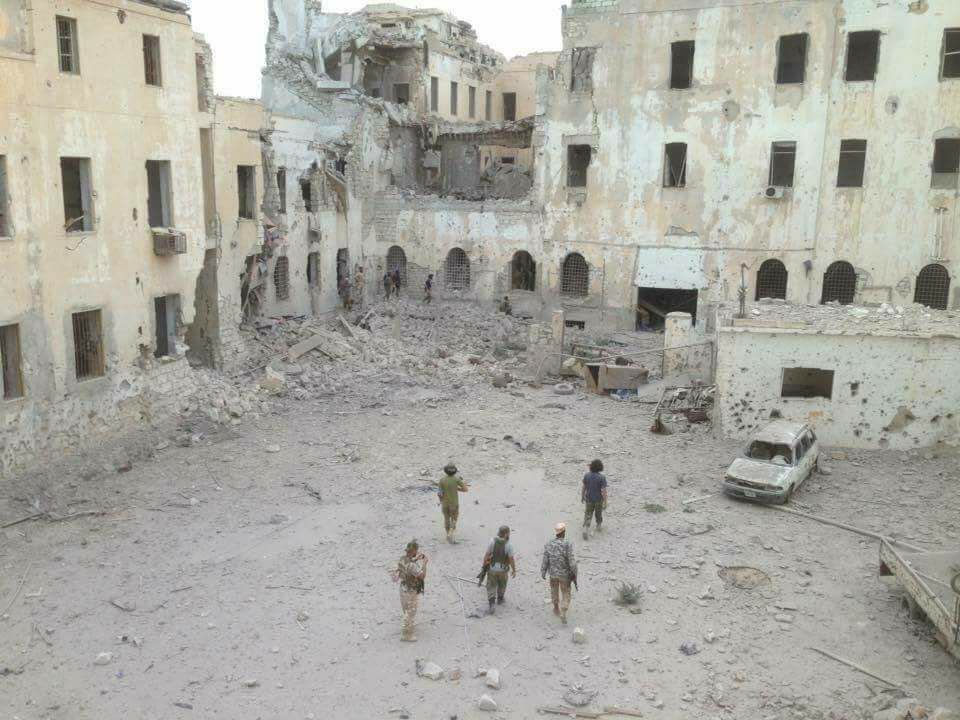 The Libyan National Army (LNA) has today breached rubble barricades and captured a key building in Benghazi’s Suq Al-Hout district forcing the militants to withdraw further into the old city.

One solider died and four were injured in the operation to take over the former Internal Security building which from the Revolution has been the headquarters of the Islamist Libya Shield militia.

Last week militants blew up buildings near Tahrir Square in an effort to stop LNA armoured vehicles from advancing further into the district. The LNA is releasing few details of their attack and has made no mention of militant casualties.